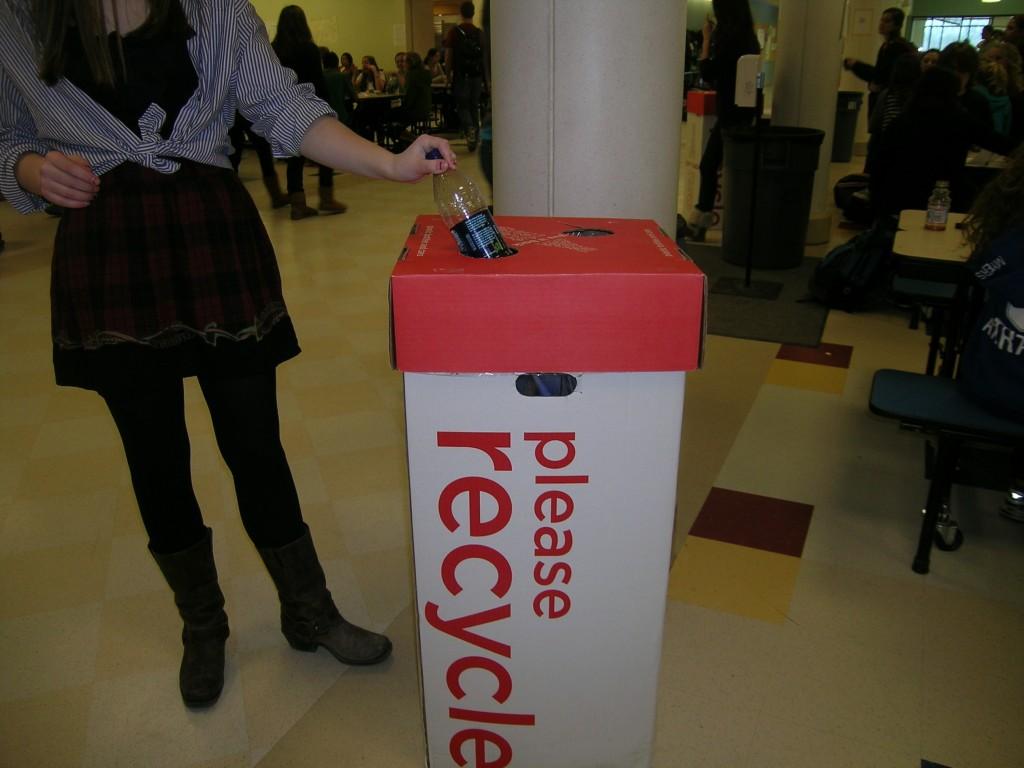 The new recycling bins in the cafeteria are being put to good use. | Photo by Carlie Schwaeber '12

Students and teachers who visit the cafeteria may have noticed the presence of orange rectangular recycling containers.

The containers are a result of collaboration between Chartwell’s, the school’s cafeteria food provider, and Coca-Cola, its most significant vendor, to provide incentives to schools in states, such as Conn., that have instituted a deposit on bottled beverages.

The school receives five cents for each bottle that goes into the specified containers. This incentive is then divided up equally among the four classes to support student activities.

According to Frank Rupp, director of dining services for the Westport Public School system,  the school stocks roughly 100 cases of bottled water a week, which could amount to the recycling of 2400 bottles a week, or 120 dollars, so long as the proper orange containers are used to their full potential.

“All we ask is that people be conscientious,” said Rupp.  “It’s obviously a good environmental practice to recycle as much as you can.”

“There’s only a small handful of states where there is a deposit on bottled water,” Rupp said.

In these states, Coca-Cola has agreed to implement a system in which schools may receive incentives for the recycling of the specified bottled beverages, which must be of the Coca-Cola brand.

“They agreed to reimburse us the nickel,” said Rupp. “Every nickel we get back, we’re going to return to the school.”

Rupp said that custodians were quite happy with the decision.

“It’s less recycling they have to do,” he said.

In addition, there was a positive reaction from environmental groups. Club Green plans to try to collect bottles from the classrooms to support the initiative.

“I think it’s a great idea,” said environmental science teacher Michael Aitkenhead. “The best way to encourage [recycling] is to have an incentive.”