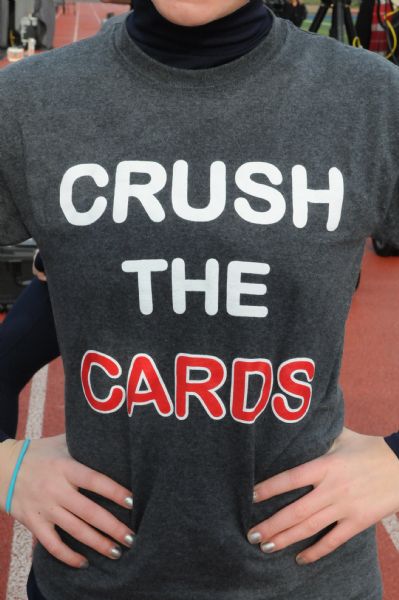 Staples football played the Greenwich Cardinals in the Thanksgiving classic on Thursday.

The Wreckers dominated the first half, leading 21-14, Staples looked as though they had their state playoff berth in the bag. Matt Kelly ’10, was giving the Wreckers a strong running game with three touchdowns, as well as the defense getting a couple of key stops.

But the rival Greenwich Cardinals looked to stop them and started making a comeback. In the third quarter, Greenwich scored a touchdown and then made a two-point conversion, putting them up by one point 22-21.

Staples answered that score with another touchdown, then attempted a two-point conversion and could not convert, Staples up by five with a score of 27-22.

After another Greenwich touchdown that put Greenwich up 28-27, Staples started a drive down the field to set up a field goal by Santiago Cuartas ’10, which tied the state record for single season field goals (11) and put the Wreckers up by two with 22 ticks left in the game.

On the kickoff, the Cardinals return team brought the ball all the way back to the Staples 32 yard line with nine seconds left in the game.

Greenwich quarterback Mike Lefflbine threw a dump off for a gain of about 12 yards.

The game clock went to zero, and the fans believed that Staples was headed to the state playoffs, however the referee said that there were two seconds left on the game clock. So with two seconds left in the game, and Staples up by two, the Cardinals attempted a 34-yard field goal to try to win their eighth game of the season.

However, Connor Bohling ’10 crushed that hope by blocking the Raphael Bussy field goal and running the clock down to zero, winning their 11th game of the season and staying perfect.

Go to www.staplesfootball.com for all the game pictures.