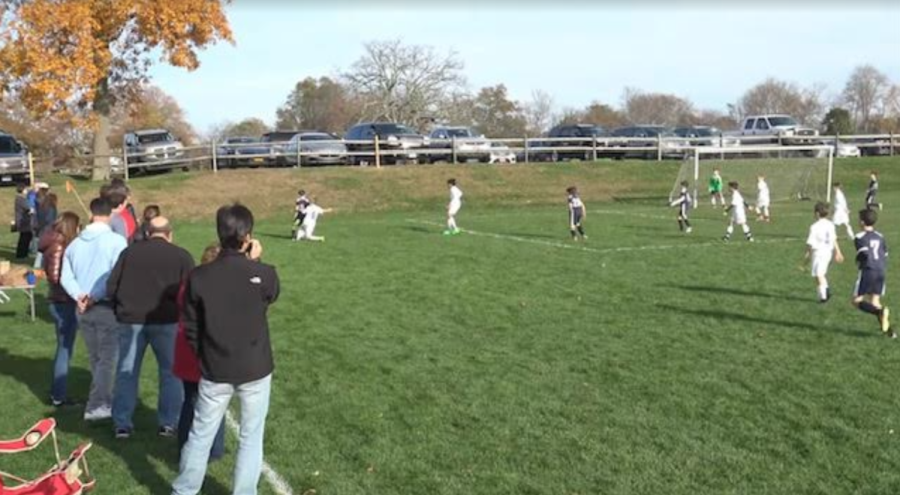 “He didn’t even touch him, get up!” a man yells to the referee moments after his 8-year-old son stomped on an opponents’ right ankle.

As the injured boy clutches his leg, chatter among the sidelines begins to raise concern about the 15-year-old referees’ ability to fairly officiate a travel soccer under-9 match.

If you know me, you know how competitive I get, and how sports can unleash a fierce beast inside of me. However, sometimes I struggle to wrap my head around how some parents care so much about their third grader winning his soccer game to the point where all fun is completely sucked out of the sport.

As a soccer player myself, I have had numerous experiences in elementary school of parents getting so invested in my soccer games to the point where, brace yourself, there were actual fights among the parents on the sidelines.

Now, don’t get me wrong, athletes enjoy playing in high-stake sporting events, but I promise you (and like I say, I adore playing and watching sports as much as anyone) there are much more pressing problems in the world to be worrying about than who wins the annual boys under-9 Columbus Day Tournament.

Not only does intense parental enterprise in youth sports put pressure on the athletes, but guiding their every move and screaming at them from the sidelines, telling them what play to make and where to go every step of the way, doesn’t help them. If you play a sport, you have more than likely heard the quote about sports being 90% mental and 10% physical. One of the most important things for young athletes to do is develop their brain so they can read the game and grow into a self-sufficient player in terms of strategy and mental fortitude.

Having a parent, or even coach, essentially play the game for a young athlete and become frustrated at them for taking a shot or attempting a skill, only drives the creativity and independence out of them. This, more often than not, ultimately leads to the child losing their passion for the sport.

Fortunately, when I was younger, my parents had a great understanding of the importance of letting myself and my teammates play freely. They encouraged me to take risks, try new skills, and enjoy playing sports as a whole. I would say that this has greatly contributed to my overall love for sports.

On the other hand, I’ve had numerous teammates who were pressured into playing or playing a certain way, which is exactly what a parent shouldn’t do. So, in conclusion, from my experience, parents’ over-involvement in youth sports can be very damaging to their child’s love for them.