Baseball team navigates up and down season 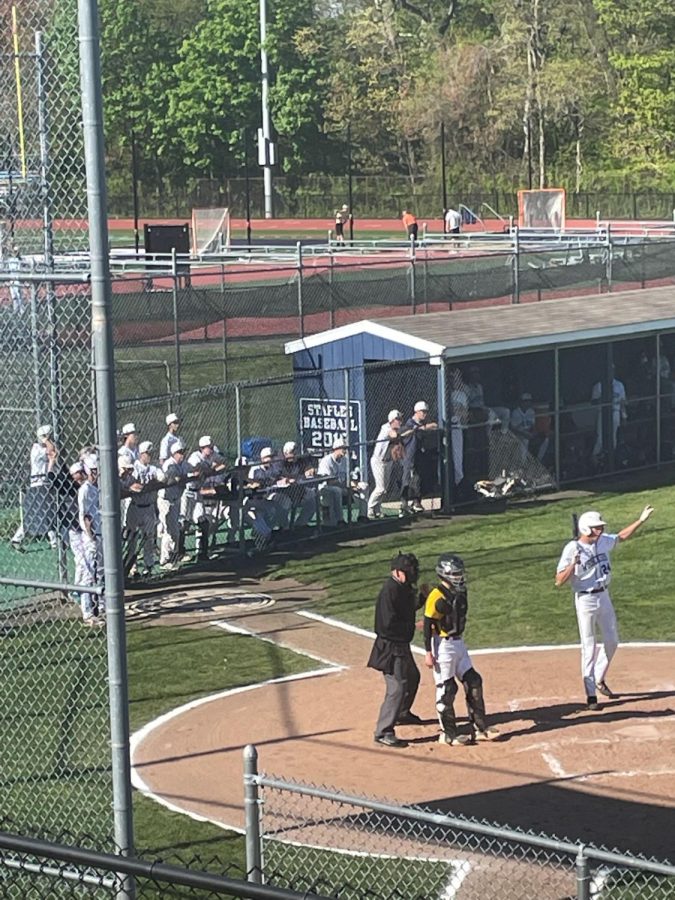 According to Coach Jack McFarland, the Wreckers’ baserunning has been stellar this season, hopefully leading them to more victories.

With injuries, weather conditions, games getting canceled and games coming down to the wire, the Wreckers baseball team has had their fair share of troubles during the first half of the season.

The Wreckers currently have a record of 7-5 overall and 5-5 within the FCIAC. Through the first 12 games, they currently sit at eighth in the FCIAC and are in contention to make the FCIAC and Class LL state playoffs. They have some dominant wins, such as 13-2 and 12-1 against Bridgeport Central, 7-1 against Darien and 12-2 against Wilton. However, they also have some disappointing losses, such as 5-0 to Westhill, 12-2 to Danbury, 13-2 Warde and 5-1 to Trumbull.

“The season has been a little disappointing,” Captain J.W. Fitzgerald ’22 said. “We have such a talented team but sometimes we struggle to play as a team.”

The Wreckers have been one of the premiere teams in the conference the past few years, but this season has been a little different than their recent seasons.

“We’ve been solid but we’ve struggled to get any sort of momentum going having played the least amount of games out of all the FCIAC teams and dealing with field closures and rainouts,” Justin Holmes ’22 said.

The Wreckers have unfortunately not had the easiest time during this season due to factors that aren’t necessarily in their control.

“Part of the problems that we’ve had this season are coming from the fact that we haven’t had a consistent lineup this year,” Coach Jack McFarland said. “We’ve played a lot of kids so far this season, because of injuries and trying to find lineups that work. We’ve played more of the tougher teams throughout the first half of the season and the second half of the season is a bit more favorable.”

The Wreckers are coming off of a much needed win and boost of confidence over Bridgeport Central.

“Our goal is to always try to win the week,” Coach P.J. Washenko said. “This was step one in completing that task. We know our potential as a team, now we just need to execute and take it one game at a time. We know we have what it takes to finish the season out strong.”

The Wreckers will have their hands full as they take on Ridgefield, St. Joseph, Norwalk and Waterford to close out the week.