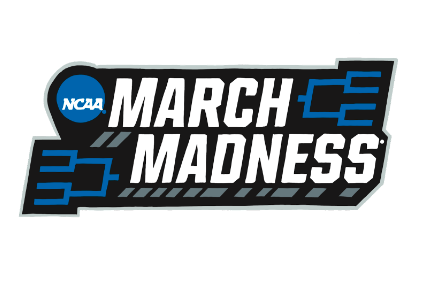 The March Madness tournament is just around the corner, and the men’s college basketball teams continue to prepare for the highly anticipated event. Fans and alumni are placing bets, creating the best brackets and sporting the colors of their alma mater. Despite the excitement surrounding this annual ritual, the NCAA has undergone three significant changes over the past twenty years. In turn, the tournament has transformed from an amatur collegiate athletic event into one that resembles professional sports. Therefore, the game has become less about the team and more about the player.

It all began in 2006 with the introduction of the one-and-done rule. This rule requires athletes to be 19 years old and one year out of high school before joining the NBA. This is meant to block athletes from entering the NBA draft straight out of high school. The term “one-and-done” refers to players who go to college for one year without any incentive to stay longer.

Because of this, many athletes no longer pledge any real commitment to their teams. For instance, Zion Williamson only spent one year at Duke University before trading in his jersey for one on the New Orleans Pelicans. During Mike Karyzewski’s recent retirement celebration, attended by former Duke players, there was an audible difference in the reception of three-to-four-year players as they were announced to the crowd.

In 2018, the transfer portal brought a new element to the game. Prior, student athletes interested in transferring between college programs were required to sit out one year of their college eligibility. Under the transfer portal, athletes are allowed to move freely year after year. Over the past four years alone, the portal has seen tremendous growth, especially for men’s basketball.

Again, this creates a similar effect. Fans have no connection with the players on their home court as the starting line-up changes year after year with new transferees.

The most recent change is the Name, Image and Likeness (NIL) policy, which allows student athletes to profit off of their hard work. For the first time, students can be compensated for playing basketball, changing the nature of the sport from amateur to professional.

What had begun as an opportunity to generate school spirit has evolved into a multi-billion dollar business, enriching all parties except the players. School endowments have reaped millions of dollars in television contracts and booster deals. Over time, a few college coaches at state schools have become the highest paid employees at their respective universities. The NIL policy is both improving and representing the interests of today’s college athletes. It is important for the NCAA to allow student athletes to pave way for their own destiny.

Notwithstanding the advancing representation for athletes in the industry, this change has had a profound impact on the quality of the game. Athletes go to the schools that are offering the most money. Twenty years ago, there was a close and devoted relationship between the college basketball program and its students. For instance, Michael Jordan’s identity is as much about his time winning the national championship with North Carolina as being a Chicago Bull. That relationship with the Tar Heel nation cannot be replicated when players do not attend the school for the school itself.

There is a lack of chemistry in college basketball. Although the March Madness tournament remains an exciting and unifying time, it will never be the same as it once was. College basketball has become a big business with millions of dollars flowing into the system. The game and tournament has lost its true merit: the connection between the players, the schools and the fans.