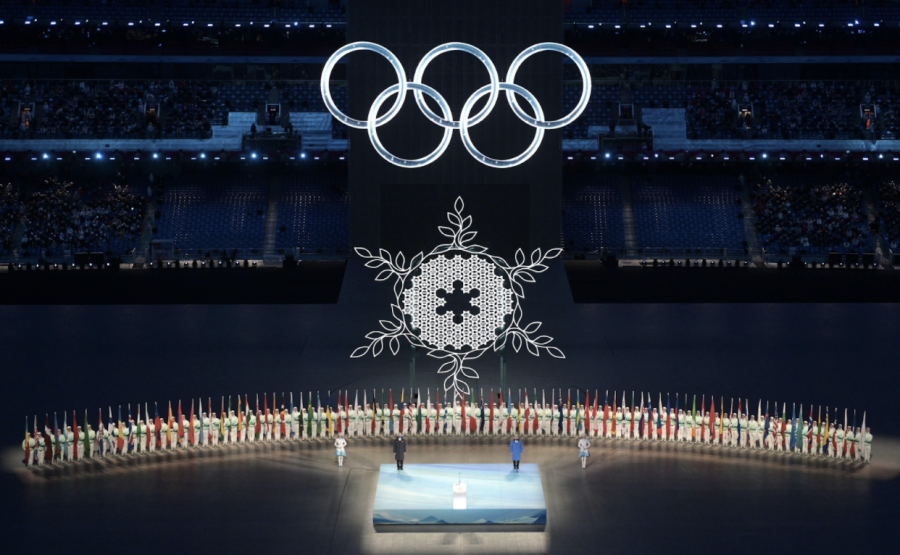 The United States is widely regarded to be a global superpower, a powerful nation that can exert enough military, political and economic power to persuade nations to take important actions they wouldn’t otherwise take. While in school, I was taught that the United States takes on this role through its three main foreign policy goals: to protect the United States, to advance democracy and to safeguard human rights. During this year’s Beijing Olympics, the United States failed to fight for the last of those three goals.

Despite the traumatizing human rights issues occurring in China, the United States remained in the Olympic games for the 2022 winter season. Rather than outright opposing the Chinese government’s reprehensible human rights record, the Biden Administration chose instead to enact a diplomatic boycott of the Olympic Games, precluding only government officials from attending. This decision did fulfill the American responsibilities of safeguarding human rights. The United States should not have sent an Olympic team to the Beijing Olympics.

By not pulling out their Olympic team, the U.S. ignored the human rights abuses against the Uyghur Muslims and the Tibetan Buddhists, defying its responsibility to protect human rights internationally. According to the UNHRC, the Chinese government has incarcerated more than one million Uyghur Muslims in internment camps. These camps have hosted a series of human rights abuses, including organ harvesting, forced sterilization and forced labor. These abuses don’t stop at the Uyghur population, as Tibetan Buddhists have also been a target. According to U.S. Special Coordinator for Tibetan Issues Uzra Zey, China has perpetrated abusive practices including arbitrary detention, mass censorship and forbidding Buddhists from finding work within the state unless they renounce all ties to Tibetan spiritual leader the Dalai Lama. The actions of the Chinese government are a clear violation of human rights, worthy of a stern response. Instead, the U.S. chose to fulfill their responsibility of protecting rights by symbolically denouncing the Chinese government and letting the games continue as normal.

As a superpower, the United States failed to use its major influence over international politics to further human rights, preventing a larger reaction from the international community. According to the New York Times, following the U.S. announcement of a diplomatic boycott, the UK, Australia, Canada and Japan all enacted diplomatic boycotts of their own. Each of these countries then expressed their concern of the Chinese human rights abuses, just as the United States did days prior. Had the United States enacted a full-scale boycott of the Olympic games, it’s possible that other countries would have followed suit. This idea is reinforced by the United States-led boycott of the 1980 Moscow Summer Olympics, in which President Jimmy Carter convinced 63 countries to pull out of the games in response to the Soviet Union’s invasion of Afghanistan.

In spite of human rights abuses, many people would disagree with pulling out of the Olympics for the sake of our Olympic athletes. It would be unfair to our Olympians, who have put in years of hard work, to forbid them from attending the games. According to USA Today, Olympic snowboarder, Julia Marino, who is from Westport, won silver in the women’s slopestyle event in Beijing. Had the United States not sent a team, we would not have a new hometown hero. To this point, I would say that while it would be unfair to our athletes if the United States chose not to send a team, the needs of comparatively few athletes do not trump the United States’ responsibility to uphold human rights. Although unfortunate, the United States’ responsibilities as a global superpower are more important than the concerns of a small group.