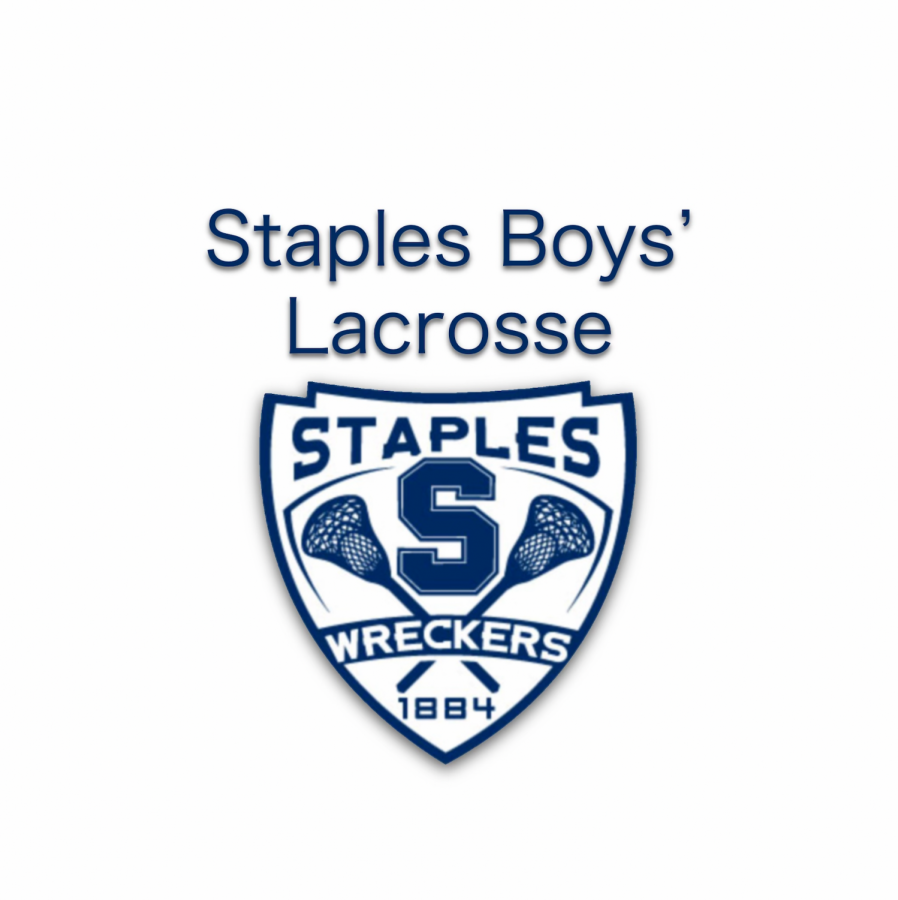 The Staples boys’ lacrosse team ended the midseason with a 7-3 record.

Midway through the season, the Wreckers boys’ lacrosse team has a winning 7-3 record going into the final part of the season.

The season is set to end on May 22 in an away game that will be played against New Canaan. Not too long after, on May 24, the start of the CIAC tournament will begin.

After a hot 4-0 start to the season, the Wreckers dropped their next two games. Not too long after the Wreckers picked up right where they started, winning three out of four games.

“We started off hot then lost a few games,” Senior Henry Beck ’21 said, “but with only a couple games left, we’re confident we can get some wins in order to have a good seed in the FCIAC tournament.”

The Wreckers last loss was on May 4 against Fairfield Prep, where they lost by a score of 13-9. Following these games, they blew out both Trumbull and Danbury by scores of 19-8 and 17-1. During the Trumbull game, superfans came out to support the Wreckers.

“It was exciting to see the fans in the stands for the first time in a while,” captain Kevin Lynch ’21 said, “and hopefully with COVID coming to an end we can see it happen during FCIACS.”

With just four games left in the regular season, it is a great time to come support the Staples boys in their finals games. The Wreckers are set to face off on Thursday May 13 against Fairfield Ludlowe in an away game at 6 p.m.

“We gotta pick up the pace in order to see improvement in our record” Jake Luffman ’21 said, “so that hopefully we can get a good seed going into FCIACS.”