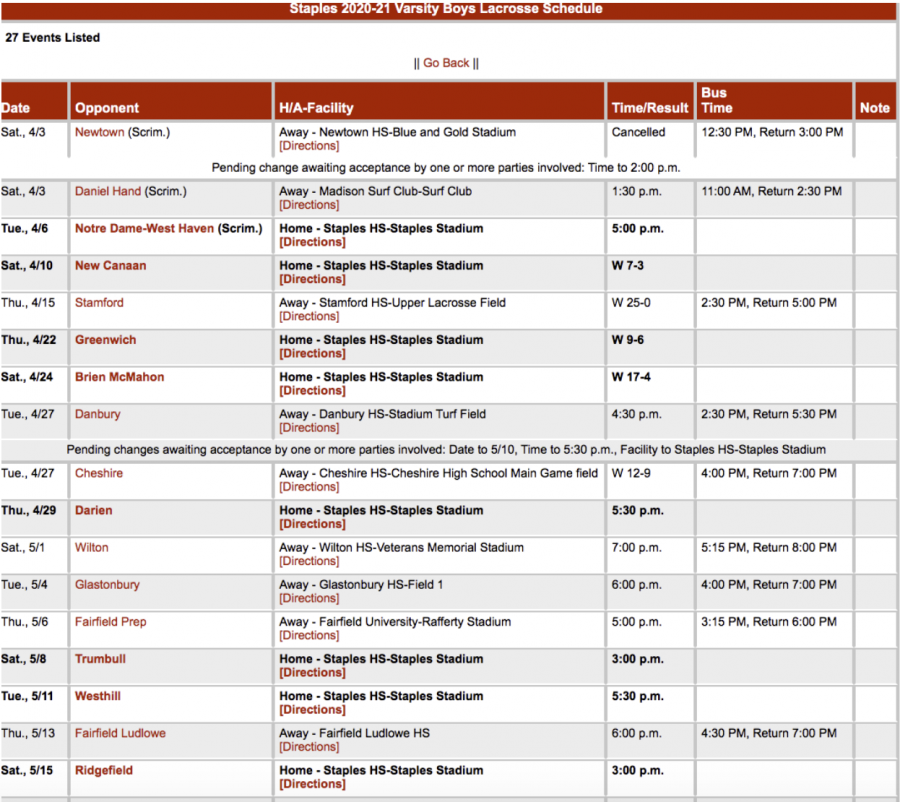 The Wreckers are able to have a normal season with 16 regular season games. They are also able to have two opportunities to take home the championship at the FCIAC and CIAC tournaments.

The previously undefeated Staples boys’ lacrosse team lost to Darien 10-7 at home on April 29. The Wreckers were ranked third in the state and the Blue Wave was ranked number one in the state entering the game.

At the start of the second quarter, the Blue Wave went on a 3-0 run to take a lead which was never lost, pushing the score to 6-3 entering halftime.

“We missed a lot of open opportunities on the offensive end and made a bunch of silly mistakes on the defensive end,” Derek Sale ’22 said.

At the start of the third quarter, Charlie Howard ’22 was able to score two goals to push the score to 7-5, but the Blue Wave went on another 3-0 run to end the threat of a comeback.

The Blue Wave had seven different scorers throughout the game. Howard scored three goals for the Wreckers, all in the second half, but it was not enough.

“I thought we played well, had some missed opportunities but our goalie JP really is bailing us out completely this season,” Henry Dodge ’22 said.

JP Kosakowski ’21 finished the game with 13 saves for the Wreckers.