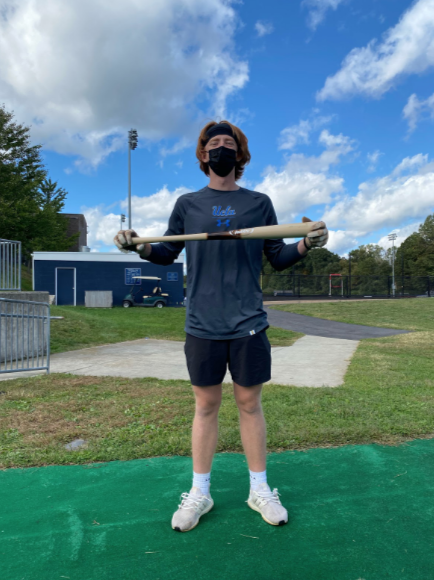 With COVID-19 concerns still looming over the current fall sports season and teams adapting to fit the CIAC’s criteria, many Staples athletes have turned to club sports to get their athletic fix.

Club teams are organizations that are not connected to Staples in any way. As Staples has no jurisdiction over the safety measures and protocols that each team follows, there are some concerns over whether it is safe for Staples students to participate in club sports.

Michael Brody ’22 and Derek Sale ’22 both play on the Connecticut Premier Hoops Development basketball team which is based out of Bridgeport. Unlike the normal Staples boys’ basketball schedule, PHD has one practice and three games each week. As for safety precautions, according to Brody, the measures taken by PHD and the other basketball club teams are very strict.

“Our team, as well all of the teams we play against, has been doing a very good job holding to the rules,” Brody said. “There is a zero-tolerance policy, if one player on your team isn’t wearing a mask, then your team is disqualified.”

After 10 tournaments throughout the last three months, there has not been a single confirmed incident where someone who played or attended in these tournaments has gotten COVID-19.

“At first I was a little skeptical because we are all high school kids,” Sale said, “but we’ve been playing throughout the whole summer and there has been no spread anywhere.”

Justin Holmes ’22 plays for Westport’s Legion Baseball team. The team has two practices per week and three games every weekend. Unlike with PHD, Holmes raised some concerns regarding the spottiness of measures that Legion is taking against COVID-19.

“Most teams are [being safe], but some aren’t,” Holmes said. “There was a team over the summer who got COVID.”

While it was just one team, Justin sees it as a cause for concern, though not one that would stop him from playing baseball.

But Legion Baseball isn’t the only big club baseball team in the area. Alex Deutsch ’21 plays for a different club called Time to Sign Sports. The team is very different from Holmes’ because they don’t have practices and only play a game or two every weekend.

Unlike with Legion Baseball, the measures against COVID-19 are seemingly constant among every team.

“From what I’ve seen the other teams follow [safety precautions],” Deutsch said. “Every team we’ve played has shown up in masks and some are forced to play with them on.”

Club sports, by nature, are inherently disconnected from any governing body except the state, so the rules and their enforcement vary. Nevertheless, most athletes want to play their sport of choice, no matter what they have to do.

“We just want to play,” said Brody. “If this is going to allow us to do so, then we’re more than willing to adhere to any guidelines.