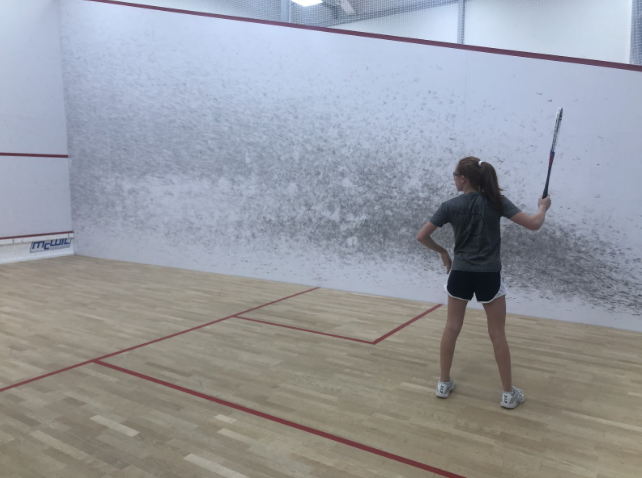 Squash is a racquet sport that has grown popular around the world but is neglected in the Staples community.

Sports practices and games are the daily rituals for many students at Staples, and our community takes them extremely seriously. Staples offers a large variety of different sports, but there are no longer just the classic football and soccer options there used to be. Times are evolving, and so is the popularity of new sports. However, some of the new sports that people find themselves thriving in at Staples aren’t getting the recognition they deserve.

One example of this is squash: a sport that has grown popular across the country, but not at Staples.

I had always been athletic and played basketball, soccer and field hockey when I was younger. I found so much joy in these sports and realized I was actually good at them. However, as I grew older and continued to change, I fell out of love with the sports I used to adore. Year after year, I started quitting them wondering if I was making the wrong decision each time. When freshman year rolled around, I felt obligated to play field hockey, knowing that playing sports at Staples was very common.

Throughout the season, I realized I was not enjoying the activity that I was putting all my effort and free time into. By the end of the season, I knew it would be my only year playing field hockey. That being said, I was hoping to find another activity to consume my time.

I decided I would research other possible sports I could play because of my athletic background, but went in with low expectations. After skimming the impossibilities of tennis or basketball, I encountered many sports I was not aware were options at Staples. I decided to branch out and try a new sport I had no knowledge of: squash.

I instantly fell in love with this bizarre sport that was so new to me. I realized I not only had a knack for squash, but it was something I really enjoyed. I was confused because for such an interesting and fun sport, it was never even acknowledged by others.

When I told others about this new sport I was taking part in, I received the same reaction almost every time: laughter. I can admit that the sport itself looks a little funny, but I was surprised to see others judge something they had no knowledge of. I attempted to educate people on what squash was about, but my peers did not give the time to listen to what I had to say.

While squash has become a little more relevant over the past few years, the sport continues to be neglected despite the intensity and high skill level the team possesses.

Staples has a stigma that sports such as football and basketball are the main sports that need to be watched, and that all of the other sports are simply in the background. In reality, all sports teams should be treated equally and fairly. Just because a sport is uncommon or unique does not mean it is any less legit.