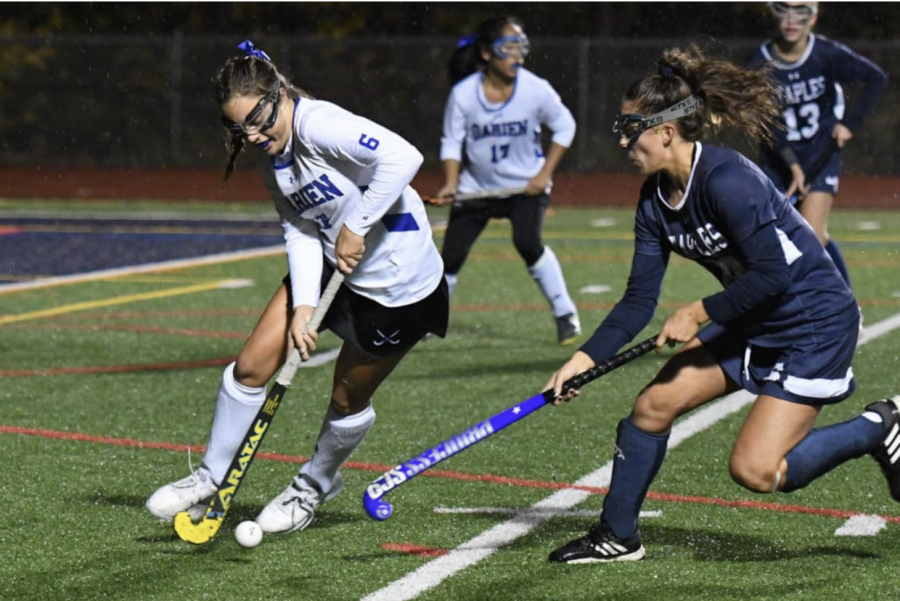 Julia Diconza ’21 was a key factor in the championship game as she had many shots on goal. The Wreckers look to get their fourth championship win in the state tournament starting in the next couple of weeks.

The game went into sudden-death double overtime before the referees called it a draw.

“They’re both very good teams and they should have let them keep playing,” Justin Honig ’21 said. “I am so proud of my friends on the team though.”

The bad weather consisting of pouring rain and heavy winds weren’t ideal conditions for the players.

“The rain made it more intense and the ball moves quicker on the turf in those conditions which made it a little more difficult,” Hannah Proprotna ’20 said.

Throughout the first half, both teams had many opportunities on the attack but were unable to convert. Maya Reiner ’21 had a close scoring attempt after chasing the ball down the field from the defensive line.

Darien also had many close shots, but Staples goalie Roxy Augeri ’19 had seven saves keeping the Wreckers in the game.

At the end of regulation, the game proceeded into the first overtime of 10 minutes. The ball traveled back and forth from both sides, but neither team was able to score. Another overtime of ten minutes was added and once again there was no score concluding the game as a draw.

“It’s bittersweet because we had a lot of chances but they also did,” captain Kyle Kirby ’20 said. “It was a very good and competitive game.”