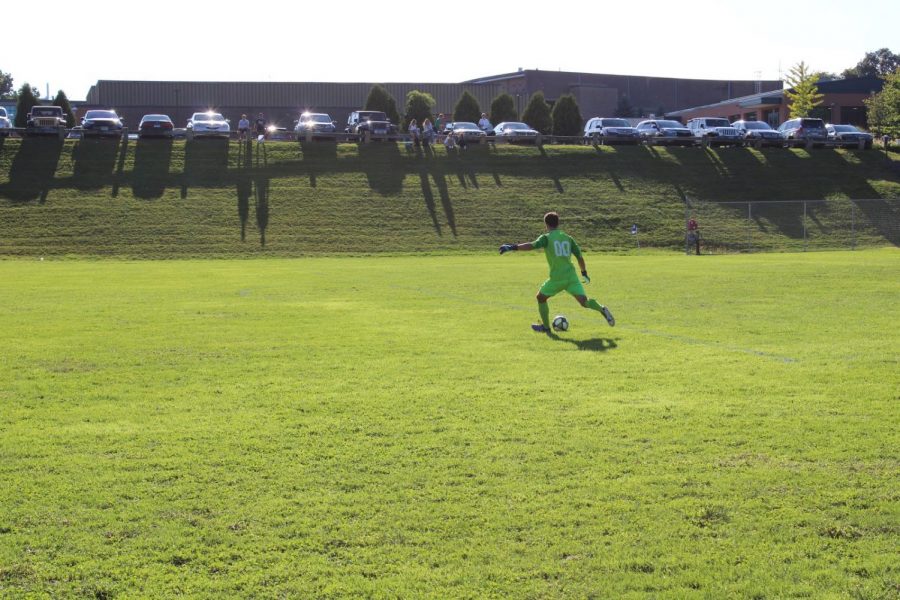 Reed Caney '21 made many saves, and had a shutout during the game.

The Staples boys’ soccer team shutout Trinity Catholic 6-0 on Sept. 1 behind Reed Caney’s ’21 clean sheet in goal. The focus for the Wreckers was to show their home fans why they should fill the stands, and they did just that.

Staples got off to a quick start, with  Patricio Perez Elorza ’20 scoring their first goal just 12 minutes into the game. Five minutes later, Perez Elorza added another goal assisted by captain Sam Liles ’20. The Wreckers’ goal was to limit the Trinity offense, according to Assistant Coach Kurt Despotch.

“Our game plan is to not let Trinity get possession of the ball and get the first goal,” Despotch said before the opening kickoff.

Up 2-0, Lars Djuve ’20 added to the lead scoring at the 29 minute mark. Haydn Siroka ’21 continued the scoring, with a bottom right finish at the end of the first half.

Reese Watkins ’22 continued the scoring in the second half, and Siroka scored the final goal, putting the Wreckers up 6-0, for his second of the game.

“A win like this is good because it shows we can dominate, but for now we are just focused on our next game,” Coach Dan Woog said. “The challenge against an opponent like this is to keep your focus and the boys did that well.”