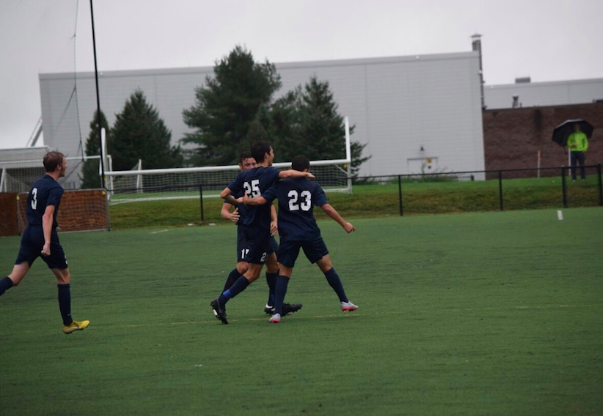 The competitive atmosphere that consumes the sports world has gradually intensified in the past five years. Today, playing a sport at a top level requires relentless work ethic and dedication; boys soccer is no exception.

Academy teams have become the norm for soccer players looking to enhance their technique and skill while training with athletes at the same caliber, but this top level soccer does not come without sacrifices. Not only does academy soccer prohibit its players from missing a single day of practice, or game, but it also prevents their athletes from partaking in high school soccer in the fall season. The Staples boys’ varsity soccer program has felt the ramifications of this ruling for several years, missing the opportunity to work with talented soccer players within the community due to their ties to academy soccer. But this season, the Staples boys’ varsity team gained two new players who broke free from the shackles of academy and eagerly prepared themselves to join the Wreckers.

Both Matthew Tanzer ’19 and Austin Sholes ’19 left their Beachside Academy team this year to play high school soccer. Their presence on the pitch has provided many benefits to the team as a whole.

The transition from Academy soccer to high school soccer for Tanzer and Sholes was smooth but presented aspects of the game unfamiliar to the two.

“Playing a grueling schedule of 18 games in less than two months has definitely taken some getting used to,” Sholes said.

Besides getting used to the schedule, the two have seemed to fit into the team atmosphere exceptionally well. Nicholas Ambrose ’19, captain of the boys’ varsity soccer team, comments on their ability to integrate themselves within the program.

“Coming from academy they are already two very solid players and adding them to what we thought was an already pretty good team has hugely improved our overall skill,” Ambrose said. “They are very compatible for our style of play, so it was very easy for them to fit into our team and excel.”

While playing soccer at the academy level attracts an intense level of soccer, Tanzer feels that the competitive atmosphere that surrounds high school soccer is unlike anything he has ever been apart of before.

“I think high school is definitely more competitive and I have felt the need to win games more than I did in academy because these crosstown games matter,” Tanzer said.

Woog sees this competitive drive in both Tanzer and Sholes.

“They’re totally into what we are doing,” Woog said. “They came into our Staples soccer culture and raised it. They love the competitive aspect of the FCIAC, they love the fact that there are standings and playoffs to fight for and that every game is a battle.”

The varsity boys’ soccer team currently holds up a 8-2-4 record. They look to continue their success this season through to the playoffs.