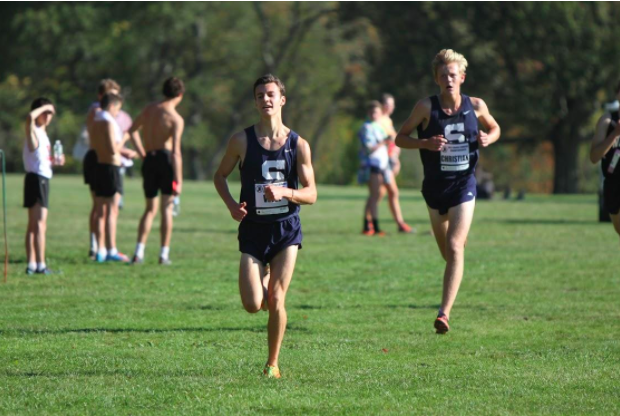 The boys cross country team won the FCIAC championship, finishing with the top three finishers in the race. This is the second straight championship for the Wreckers.

“It’s always fun to win an FCIAC championship,” Ben Seiple ’18 said. “Last year it was us against Danbury and we knew that that meet could go either way. This year the pressure was on us because we were a lot more of favorites entering the race and I thought we had a pretty good performance.”

Ryan Smith ’19 finished in 13th and Nick Taubenheim ’20 finished in 14th, resulting in Staples having a third of the top 15 finishers.

“We have a very close 1-3 runners and 4-8 runners so I think if we want to continue to do well, we need to close that gap,” Seiple said.

The Wreckers’ biggest competition was Fairfield Warde, who finished with 37 points. Their highest finisher was Alex Mocarski, who finished in fourth with a time of 15:52.

Last year, it was Danbury as Staples’ top competitor. This year, they finished fourth. Matthew Burke was their top finisher, coming in tenth with a time of 16:26.

Staples now shifts their attention to the class LL state championship, they are the defending champion.