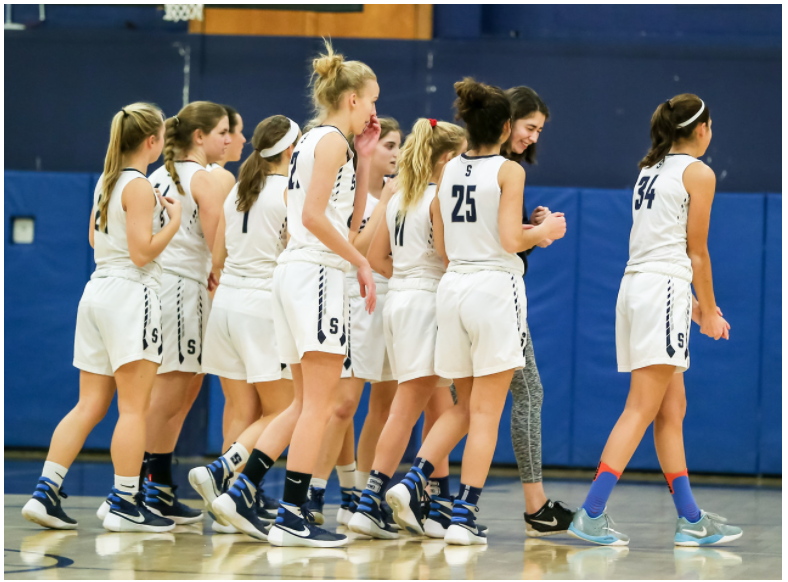 The girls have been vigorously practicing since the beginning of the school year in attempt to better their skills and overall athleticism, according to Fabian. With a positive mentality and quality skillset, the team has grasped understanding of the necessary aspects of success.

“I think the overall atmosphere and attitude of this season is much more positive and optimistic, which has helped us tremendous amounts this year,” point guard Elle Fair ’19 said. “Something that we need to work on coming into the post season tournaments is just knowing and believing that we can compete with these experienced and skillful teams because that will help us gain confidence on the floor.”

Third year head coach, Paco Fabian has encouraged the girls to believe and strive for the FCIAC tournament since the beginning of the season. Needing two more wins in the next five games for clinched entry in the tournament, Fabian and the girls remain extremely focused on the competition ahead.

“The girls would be extremely happy and it would make their season just to be a part of a tournament with the best teams,” Fabian explained. “This would give us confidence in the future to win a tournament game, but for right now we just want to be included in the dance.”

With a new season came new team captains, one of which, Olivia Troy ’17, will be beginning her college career in athletics at the University of Connecticut next year. Troy is a firm believer in the power of buoyancy and how it can overpower more physical forces of competition at times.

“As a captain I’ve really focused on positivity, and made sure the whole team including the coaches has stayed positive after wins and loses. Through the entire game, optimism has been the key,” Troy explained. “We have the skills. It’s all about confidence and believing you can actually beat teams you haven’t beat in the past.”