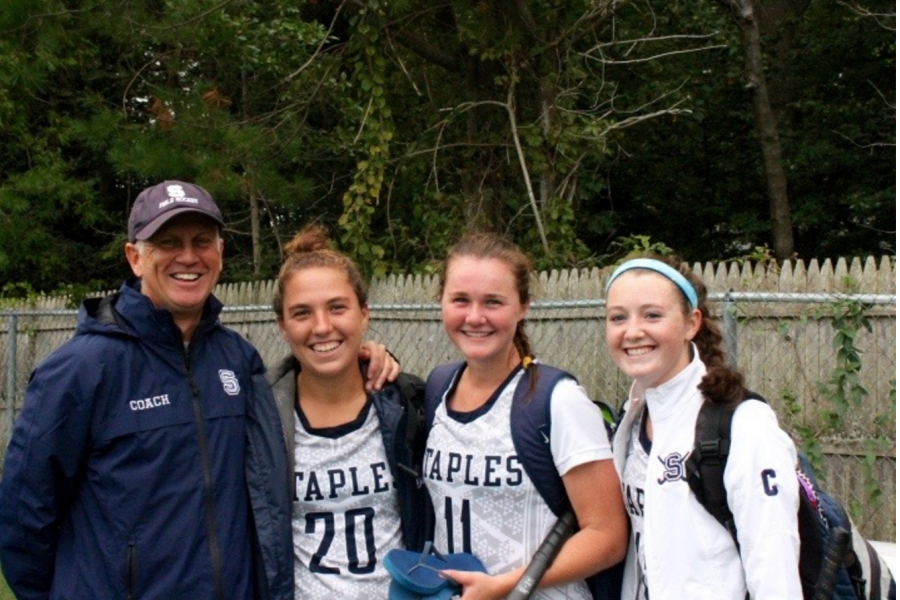 The previously undefeated Staples Wreckers field hockey team came to a draw with the Wilton Warriors on Friday, Sept. 30. Coming into this game, the two teams were both ranked within the top five in the FCIAC, with Staples ranked first in the FCIAC West and Wilton ranked third in the East.

With high expectations for the game, the Wreckers were not disappointed with the outcome. “I think it turned out really well, to tie the reigning state champs is pretty good considering we came from a season from where we went 10-7 last year,” junior captain Christine Taylor ’18 said. “We are pretty happy with the result.”

The game was close until the final whistle, with both teams having plenty of scoring opportunities.

“Our goalie Bridget kept us in it when we needed the shots to be saved.” Coach Ian Tapsall said. “I am very pleased with the score.” In the last 20 seconds of regulation time, lone freshman starter Kyle Kirby almost finished off the match with a goal.

In the final minutes of the first half, Mulloy ’19 had a few key saves that ultimately helped the Wreckers keep the score even.

The Wreckers also had their fair share of opportunities, but couldn’t find the back of the net. “We had three chances in the first half where we had shots on goal and we missed it, and it could’ve been the difference,” said Tapsall.

With the teams tied with a few minutes left in regulation, Alexis Bernard ’18 had a great defensive series, pressuring the Wilton forwards and forcing them to give up the ball.

The game was particularly exciting for the home fans as they cheered on the #4 ranked team in the Northeast. “It was a heck of an effort and they played a great game.” said Jack Sharkey ’18, avid superfan.

This game will prove crucial to the Wreckers season, as they showed that their beatdowns of Stamford (14-0) and Greenwich (6-0) were not flukes.

In the next coming weeks, the Wreckers face Norwalk at home, then visit FCIAC rivals Ridgefield and Darien. The Wreckers also look to repeal their early loss to Norwalk in the state competition last year. These upcoming games will prove to be very important for the Wreckers and their play-off hopes.

The Wreckers are looking forward to this difficult stretch of games. “We’re very optimistic about the rest of our season.” said Abby Najarian ’18. The FCIAC and state titles are in reach for the Wreckers. Students, fans, and the players themselves look forward to hopefully reach a title by the end of the 2016 field hockey season.