Why Arizona – not undefeated Kentucky – will emerge victorious from March Madness 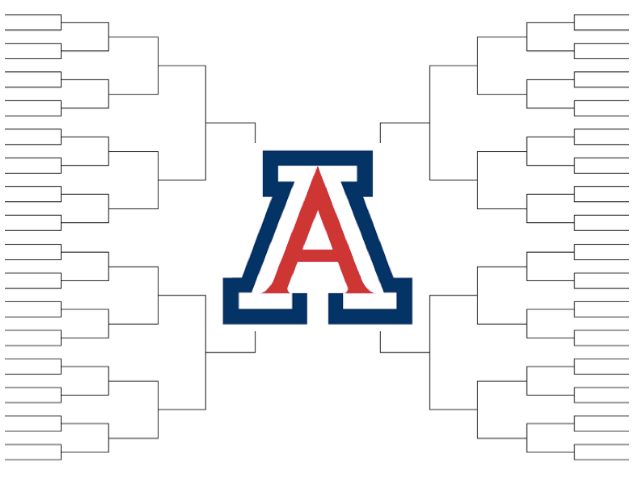 As the 2015 NCAA men’s basketball tournament tips off this Thursday, the favorite by experts and almost every measurable statistic is Kentucky, as the Basketball Power Index (BPI) gives them a 50-50 chance to bring home the title, according to ESPN, significantly higher than any other team.

However, the 34-0 Wildcats from Lexington, Kentucky won’t win the title; the other Wildcats, from Tucson, will.

At this point, you’re probably wondering how I could make such an outrageous statement, but hear me out.

They have all the makings of a team that can make a run in the tournament and defeat Kentucky: leadership, experience, height and talent.

But what separates Kentucky and Arizona is the desire to prove to the nation that they are a great team.

Arizona, and teams on the West Coast in general, have been largely over-looked historically, as the late night games tipping off past 10 p.m. are harder to watch for many people. When you couple that with the fact that a West Coast team has not made the Final Four since UCLA did three straight years from 2006-08, doubt that West Coast teams can compete with teams like Kentucky rises.

But if there’s any team to do it, it’s this Arizona team. They’ve won 11 straight games, including a Pac-12 conference tournament championship in Las Vegas on Saturday, entering their first round game against No. 15 seed Texas Southern on Thursday.

They’ve been so close (an Elite Eight finish last year which ended in a overtime loss to Wisconsin), and would like nothing more than to finally head to the Final Four and win the National Title.

Nonetheless, it’s March Madness, which means anything can happen. For all I know, Arizona’s first round opponent Texas Southern will head to the Final Four.

We’ll just have to wait and see.