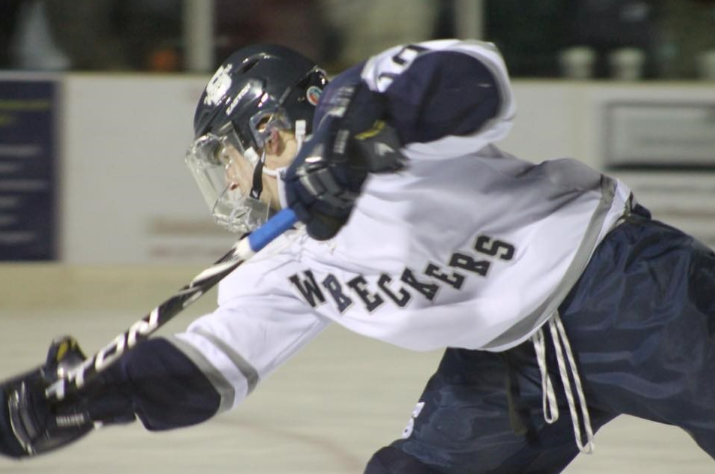 The boys’ basketball team has had a bit of a rollercoaster season, winning three straight games, then losing four in a row, then winning three again. Of their many close games, senior Connor Whelan’s favorite was the first of the season, a three-point win over Fairfield Ludlowe. “We had a crowd, they had a crowd. It was a great atmosphere,” Whelan said. They finished the regular season with a record of 8-12, which was short of qualifying for FCIACs but enough for a place in the state tournament. The boys will play in the first round of states on March 9. “We’re ready to play in the state tournament,” Whelan said. “We worked hard all season to get to the playoffs.”

The girls’ basketball team ended their first season under their new coach, Paco Fabian, with a record of 9-11. They finished strong though, with a four-game winning streak. The girls were seeded 26th in the state tournament, after failing to qualify last year. They played their first round game on March 4 against a tough Career team in New Haven.

The girls’ indoor track team earned their place in Staples’ history this year after winning their first FCIAC title in 28 years. “Winning FCIACs was an awesome experience,” captain Erica Hefnawy ’15 said. “Everyone really stepped up their game.” But the girls didn’t stop there.
The team went on to take second place at the Class LL Championship and third at State Opens. Their success was built on great performances from several athletes, including high jumper Elizabeth Knoll and the 1600m sprint medley team. Hannah DeBalsi ’16 had three first-place medals in FCIACs alone and beat her own meet record by running 3200m in 10:40.55 in State Opens. Hefnawy voiced her pride about the team’s success. “It’s really amazing to see how much success the program has had these past four years.”

The boys’ indoor track team showed serious speed and strength this year, taking second place at both the FCIAC and Class LL State Championships and third at the State Open Championship. One athlete who was in the spotlight was senior T.J. Bravo ’15, who leaped 23’10” to set a new FCIAC and school long jump record. He then jumped 6’09” to set another school record in the high jump. “It feels incredibly good knowing that my performances are the best,” Bravo said. “I hope [the records] stay there for a long time.” Bravo was one of several athletes contributing to Staples’ success; the 4x400m and 4x800m relay teams also performed well. Captain Luis Cruz ’15 was part of the 4x400m relay team that placed second at the Class LL Championship.

The girls’ ice hockey team (a combination of players from Stamford, Westhill and Staples) finished fourth in their conference standings this winter, making the FCIAC and state tournaments for the first time ever. Meg Fay ’15 said that her team’s success came from determination. “Everyone on the team was so dedicated,” Fay said, mentioning 5:30 a.m. practices and fitness workouts. The girls played a tough first-seeded Darien team in the FCIAC semifinals and lost 6-1. The Wreckers were also unable to pull off an upset against a strong Hamden team who defeated them 5-1 in the state quarterfinals. Despite the losses, Fay was pleased with her team’s effort and improvement, since making an appearance in the tournaments was a big accomplishment for the team. “We have come such a long way, and I am so proud of our team,” Fay said.