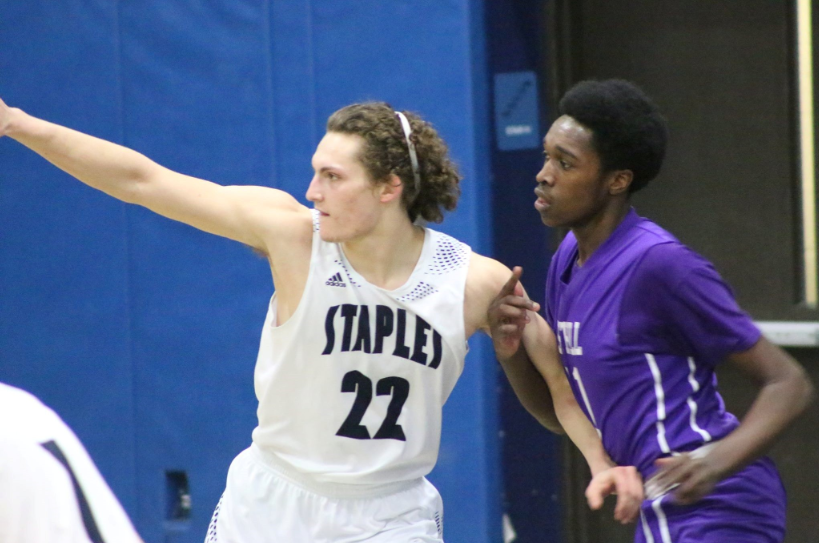 On the rink, the boys’ ice hockey team finished the regular season with a strong 11-9 record and qualified for the state tournament. Sam New ’18 lead the team in scoring with an impressive 30 goals, and Zac Bloom ’18 started all 20 games at goalie. The boys ended their regular season with a 7-1 loss to Fairfield Warde/Ludlowe Co-op on Feb. 25.

The girls’ ice hockey team has been the talk of the state this year. Led by standout Meg Fey ’15, the girls beat FCIAC powerhouse New Canaan for the first time in the program’s history. The team’s 13-3 record is the best in their history as well. The team finished the regular season in second place in the FCIAC.

The boys’ basketball team got off to a hot start and has maintained a steady pace throughout the season. The team finished the regular season with a record of 8-12 and competed in the state tournament. The team was led by captain Nick Esposito ’15 and sophomore sensation Ben Casparius ’17.

With a 9-11 regular season record, the girls’ basketball team made a late season push, winning four straight to end the regular season. This season, Sarah Mahoney ’15 made solid contributions all season long, along with her fellow seniors Abby Lustig ’15, Maggie Fair ’15, Tessa Mall ’15 and Madeline Schemel ’15.

In the FCIAC wrestling championships, Staples finished impressively in seventh place, just one year removed from a 15th place finish. Of the nine wrestlers from Staples, five of them placed. Charles Lomanto ’15 led the way, finishing in second place in his respective weight class.