Debalsi runs her way to All-American 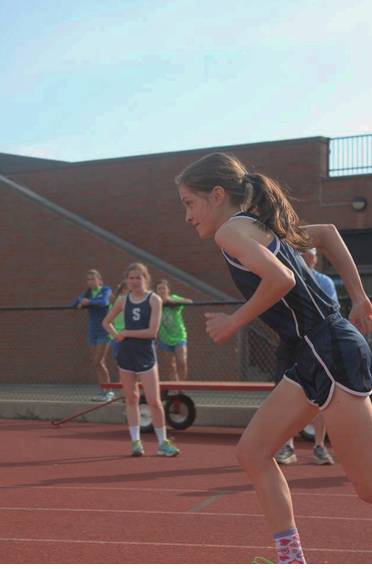 While most juniors at Staples High School were taking the ACT on Saturday, December 13, Hannah Debalsi ‘16 had different plans.

“The race went out really fast, which is expected at a national meet. I tried not to get baited into going out too hard and burning out at the end, so I just worked my way up throughout the race. I wasn’t able to catch the leaders, but I know I gave it my all,” Debalsi said.

According to Milesplit.com, her time of 17:47 was 30 seconds behind the winner, Anna Rohrer, a senior from Mishawaka High School in Mishawaka, Illinois.

Debalsi was able to qualify for this event after placing second in the Footlocker Northeast Regional with a time of 17:50.

It has been a rough season for Hannah as a back injury kept her out of most races. In what she refers to as a learning experience, Hannah described her lack of top form because of the injury as “disheartening.”

Even not in her top form, she was able to make her comeback for the FCIAC championships, a race she won and started the streak that would lead her to the class LL state championship, the Connecticut state open championship, and the New England Region championship.

Be sure to catch Hannah in her indoor and outdoor track season.

“I’m probably going to mainly train through indoor then really go after my [personal records] in outdoor,” Debalsi added.