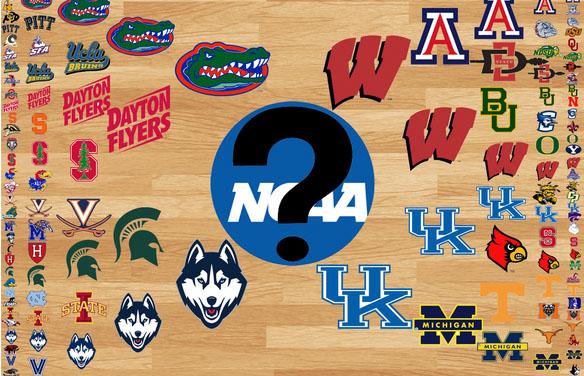 Since 1979 there has only been one seven seed to make it to the Final Four. Throughout this March, the University of Connecticut Huskies have embarked on a Cinderella run led by superstar senior Shabazz Napier, becoming the second team to accomplish this feat in the past 35 years.

According to Yahoo Sports, only one percent of the people who entered a bracket with the website chose Connecticut to make it to North Texas, the site of the national semifinals and championship game.

Amidst the madness, Staples students and teachers alike have been jumping on the Huskie bandwagon.

Math teacher Lenny Klein, a UConn alum, was ecstatic over the result of the tournament, even though he picks UConn’s to be eliminated in the next round. “It is a win-win situation,” Klein explained. “If Florida wins, I win the bracket, but I am also a die-hard Uconn fan so I’m kind of rooting against myself.”

Ultimately Klein’s loyalty to his team proved more prominent than his bracket.

Cole Moyer ’16 also has been a lifelong Huskie fan.

“Honestly my jaw dropped, and all I could say was whoooah. I’m ready to cook some Gator,” Moyer said, referring to the University of Florida Gator’s team nickname.

“I don’t think I can repeat what I said during the game,” Willick confessed. His torment did not end after the final whistle. “Today I’ve been getting nonstop flack from UConn fans, especially Mr. Klein, who is the one feeding the fire.”

Life was easier in general for the UConn fans, including Social Studies chair James D’Amico, who was thrilled about his alma mater’s entry to the Final Four, and is particularly fond of the team’s coach. “I am so proud of Kevin Ollie; the torch has been successfully passed. I love it.”

The Huskies will chase their fourth national championship in 15 years on Sunday at 6:10 pm; the game can be found on CBS.