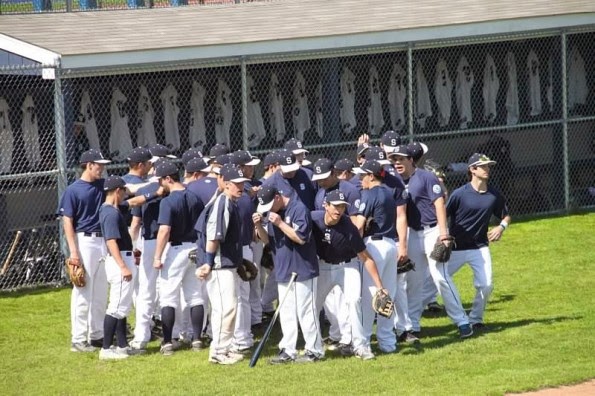 The 2014 Staples baseball team looks to add another chapter in the team’s rich history with a season filled with returning starters and highly touted up-and-comers. This year, the Wreckers look to draw motivation from a first round FCIAC departure and a heart-breaking quarterfinal loss in the state tournament.

“Last year, we thought we could rely on talent to win games just because we are Staples. But this year, along with talent, we know we have to work hard every single day in order to be successful,” co-captain Justin Gallanty ’14 said.

Gallanty, along with other captains Nick Vega ’14 and Sam Ellinwood ’1, have scheduled morning practices before school and conditioning sessions after school to keep the team in shape and develop a team bond.

“Every year, we have two goals: win the FCIAC and state titles. But in order to get there, we focus first off making the playoffs, winning each week, winning each game. It’s fun to look at the season as a whole at the end of the season, but when we are in season we need to take it game by game,” Vega said.

On Friday April 9th, Staples will start their journey to the state championship at home against Danbury. “Danbury beat us last year but that means nothing. They have an All-FCIAC pitcher who will face us but we don’t care. We’re better than them and we will prove it game 1,” Adam Dulsky ‘14 said.

The Wreckers’ toughest competition this year is expected to be Greenwich, Trumbull and Ridgefield, who will all square off against Staples during the regular season.

With less than a month left until the first pitch, the team knows what they have to do to succeed.

“It comes down to execution and focus on the field,” Gallanty said. “We feel like we have the pieces to have a very successful season and bring home some plaques.”