From Flying for Football to Back Flipping for Basketball 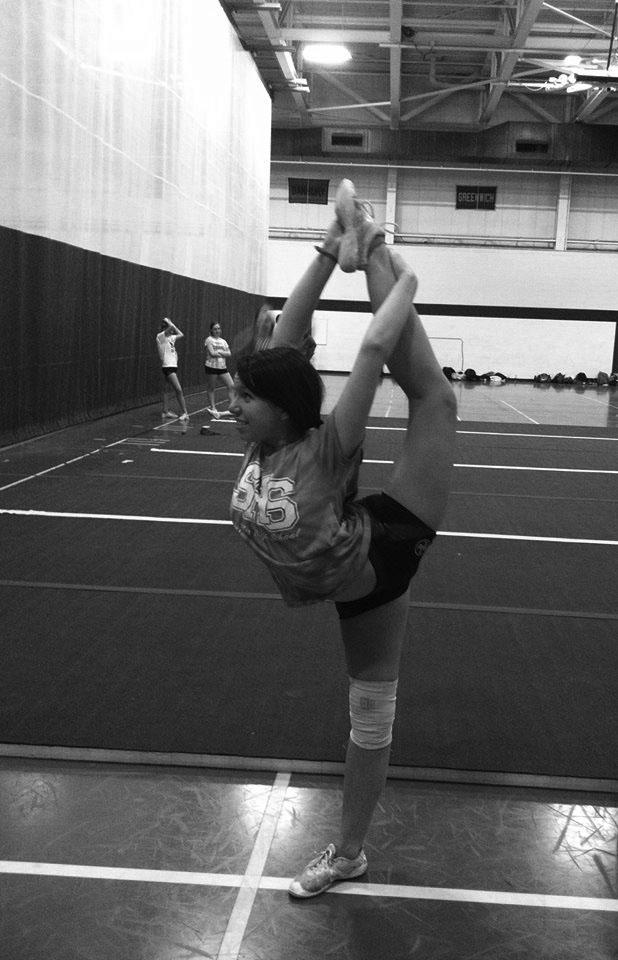 While most athletes are winding down at the end of November and making the transition between fall and winter sports, the Staples cheerleaders are doing the opposite. They are just entering the heat of their vigorous training for competitions while switching from cheering for football to basketball.

Unlike most school sports that practice for three months, the cheerleaders’ season extends from August until March.

“It is easy for cheerleaders to get burnt out with such a long and physically demanding season, but having two seasons is also great because it gives us the opportunity to really come together as a team and push each other to greatness,” Avery Watson, three-year coach of the Staples cheerleading team, said.

Although the basics are the same in sense that the team is there to cheer on the players, the two seasons are a bit different.

The cheerleaders have 100 yards of open space to tumble across during halftime and ample room on the sidelines for cheering during the football games. During basketball, they are confined to the small gymnasium with stands at the brink of the court and a hardwood floor that limits their abilities.

The majority of a basketball game is spent cheering from the stands instead of jumping, stunting, and tumbling in front of the bleachers outside.

“The team in general likes [to cheer for] football better because it’s more fun to cheer when you’re on your feet and interacting with the crowd,” said captain Annie Raifaisen ’14.

Cheerleader Sammy Troy ’15 added, “One thing I like better about basketball season is the gym is warm.”

The cheerleaders play a bigger role during the football season because of the pep rally and Homecoming. They also go to every game and pasta dinner for football but only attend home games for basketball because there are just so many games. “It makes a difference because it’s fun to cheer for people you know and see often,” Troy said.

Cheerleaders are also each paired up with a senior football player to cheer on and make posters for. Although the same is done for the basketball team, since the team is smaller, multiple cheerleaders end up with the same player. “There is more of a direct relationship between the cheerleaders and players during the football season,” Giannitti said.

While most of the cheers remain the same, obviously “first down, do it again, Wreckers let’s win!” doesn’t exactly apply to basketball, and “dribble, pass it, we want a basket!” wouldn’t make too much sense in a football game, so a few have to change.

Although the cheerleading team may feel closer to the football players because they spend more time with them, “regardless of what sport we are cheering, for the girls are there to support their school and its athletes,” Watson concluded.