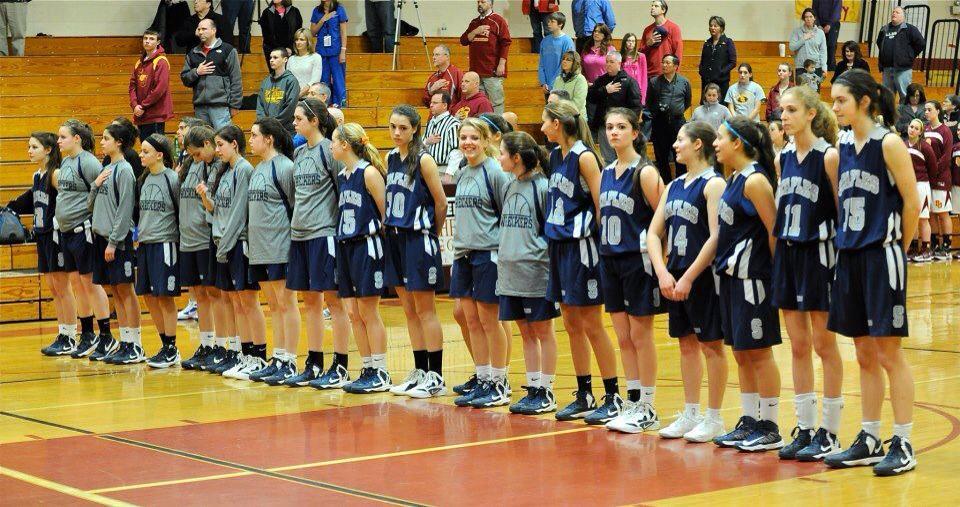 The Staples girls’ basketball team is in full swing and they’re more than ready for a new season.

“This is going to be a fresh start and we are calling this new beginnings. In our last season, we broke our 30 year streak of getting into the state tournament,” Maggie Fair’15 said.

Natasja George’14 responded, “It was a huge disappointment that really hit both the coaches and all the girls pretty hard.”

Last year, the Lady Wreckers ended the season with an overall record of 10-8.

“We definitely weren’t happy with how the season ended last year because of the lack of winning games. Not only that, but we didn’t qualify for States, which was a major let down,” George said.

However, the team faced some major challenges that greatly impacted the season.

According to Emily Stanford’14, “The team lost several very good players to college as well as sustaining lots of injuries in our starting lineup. It was definitely tough, but we overcame a lot.”

Nonetheless, the players are ready to redeem themselves and make a big comeback through hard work and determination.

“Our biggest goals are to qualify for states and to put 100% effort into every practice and every game. It’s essential for the team to utilize every opportunity we have to improve our skills individually and as a team,” George said.

Of course, to fulfill these goals, they went the extra mile by preparing even before school started.

“There is a summer and fall league where we scrimmage teams from around Fairfield county several times a week. The team also takes advantage of the gyms once a week in between games to work on new plays and improve our overall fitness,” Stanford said.

See the Lady Wreckers in action at their first home game this Friday the 20th at 7:00pm.