Staples’ First Male Cheerleader in Over a Decade 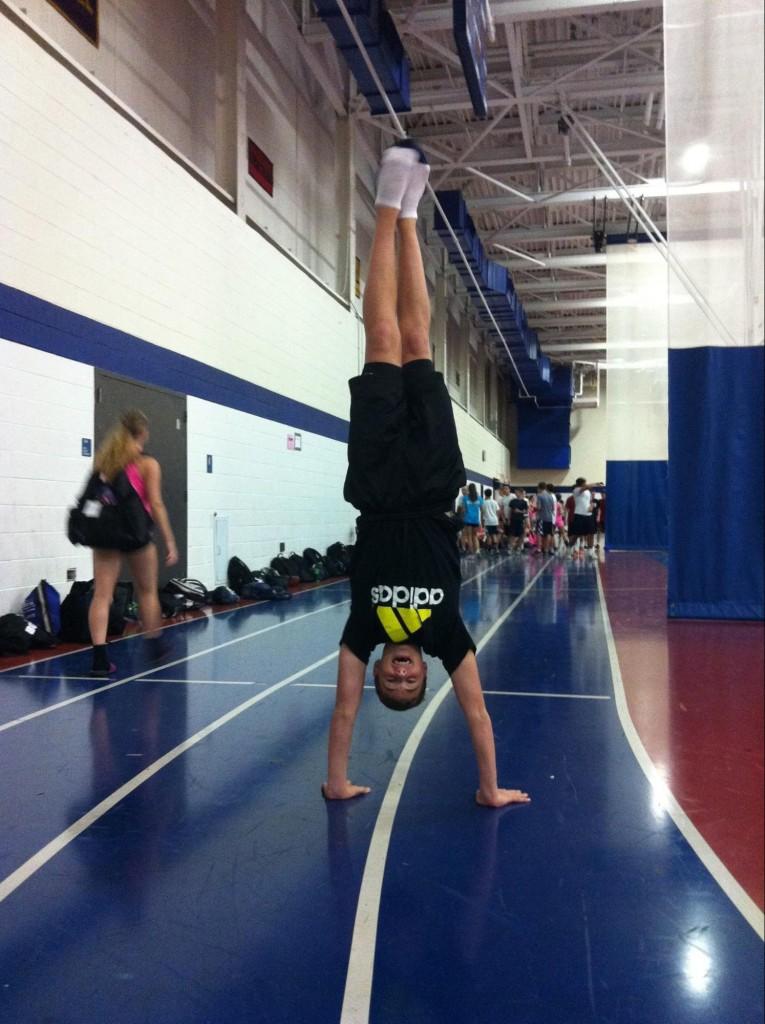 Zach Wallace ‘16, who moved to Westport over the summer from Arkansas, is already showing school spirit at Staples. He is the first male student to be on the Cheerleading Team since 2001.

Wallace began cheerleading in Arkansas when he was 13 after having to watch his sister’s practices. “I saw all the flips and thought wow that’s really cool!” said Wallace.

He has since progressed to level 5 Cheerleading, the level before elite cheerleading called International Open, and cheerleads over 20 hours a week.

His decision to join the Staples team was largely influenced by his mom, who thought the team would be a good way to meet more Staples students.

The team was eager to welcome Wallace. “They [the team] were so excited to have him be a part of our team, from the moment Zach walked onto the mat, he clicked and became a part of our team,” said Avery Watson, three-year coach of the Staples Cheerleading Team.

“We love him on the team, and he’s a great asset,” added cheerleader Ayden Schattman ’16.

Having Wallace on the team moves the Staples cheerleaders into the co-ed division for the FCIAC and State competitions. Although the girls placed well last year, taking home 5th place at FCIACs, being into co-ed division will give them a better shot at increasing their ranking because it is less competitive than the all-girls division.