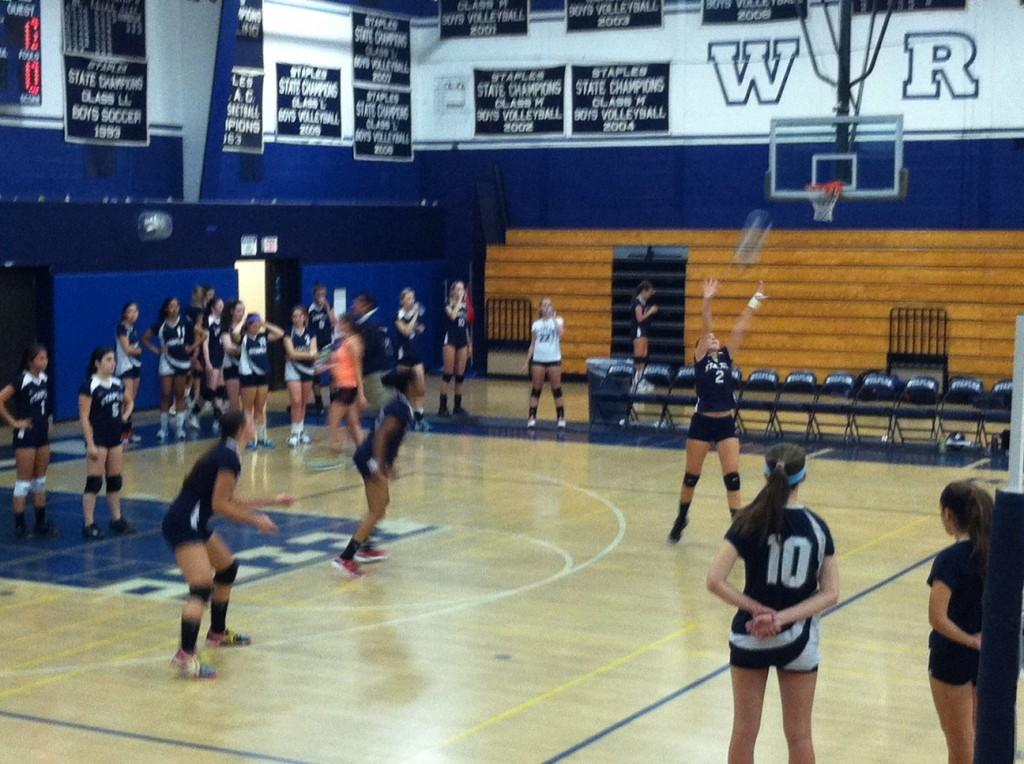 Hit, bump, spike, the girls’ volleyball team took the court like pros on Thursday, especially considering that it was the first game of the season.

“This game was  really special. I had to take off an entire year from playing indoor volleyball because I got a severe concussion while playing beach volleyball. So to be starting on my first game back and playing was absolutely magical,” said Olivia Sosnoski’14.

Their hard work at practice definitely shows on the court , especially because of their amazing offense.

“The team played really well together, we recovered quickly when the other team hit down balls,” said Shannon Cardoza’15.

Even though this is a great advantage for the team, they’re still going to work on other aspects, such as defensive plays, a  hundred and ten percent.

“We’re going to continue to practice our defense to make our team even better,” said Val Kirsch’14.

The next girls’ volleyball game is this Monday at 5:30 p.m  against Ridgefield.