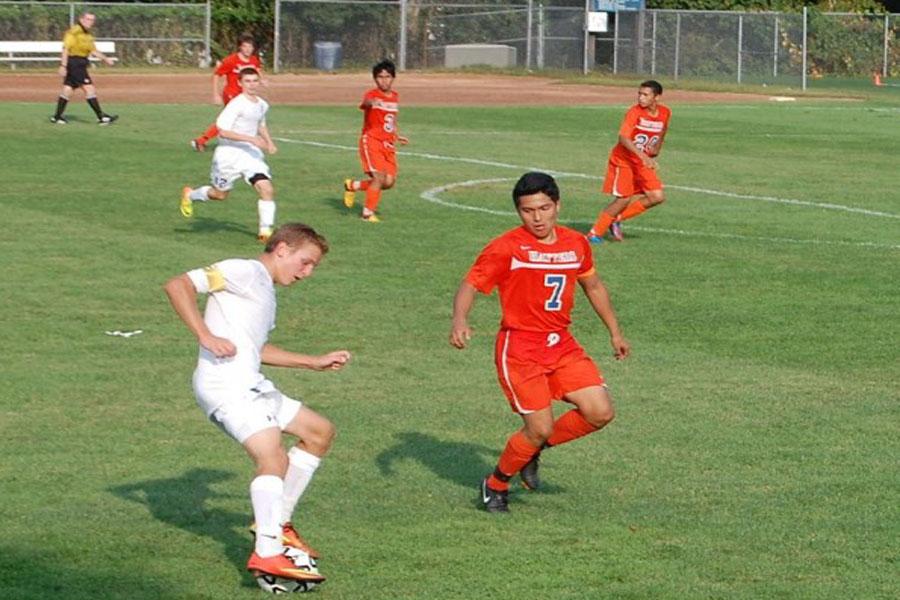 Jack Scott ’14 spins on the ball to dodge a Danbury defender.

The boys’ soccer team won their opening game against the Danbury Hatters on September 10th. After a chaotic start, Joe Pravder and Graham Gudis scored the first goal of the match. There were a couple missed opportunities before Andrew Puchala hit a volley off Graham Gudis’s corner to put Staples up 2-0 a few minutes before halftime. The boys came out strong in the second half, finding good combinations and putting the Hatters under tough pressure. There were no more goals, but the team can definitely consider the 2-0 victory a solid start to their season.