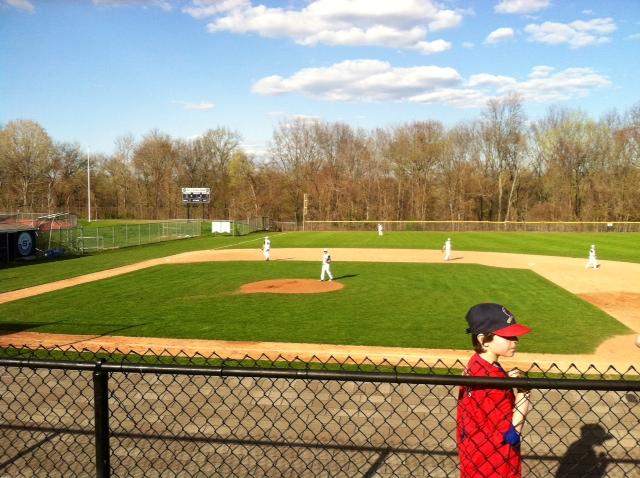 On Friday, the Wreckers came out and dominated on their home field against Harding, putting in another victory. Now, they have an overall record of 6-5 overall and 4-5 in the FCIAC.

Staples pitcher, Justin Gallanty’14, said,“We wanted to come out and win and our goal is to win every game.”

Anthony Amaru’13 was the starting pitcher and pitched two innings. Bryan Porter’13 and Bryan Terzian’13 got a double to kick off the game, which eventually lead to a score of 4-0.

“We started off hot and we gained so much confidence, especially with Matt Smith’13 and Mike Moritz’14,” Adam Dulsky’14 said.

Moritz’s hitting really came through during the last couple of innings with a 1 for 4, including a double and run scored.

“I was a little nervous at first, the baseball looked like a small golf ball and I was putting too much pressure on myself,” Moritz’13 said. “ But after doing some physical and mental exercises, I was ready to go”

According to Moritz’13, good things will happen to you if you work hard.

“Our pitching and defense were the best aspects of our game,” Andy Floyd’14 said. “We also worked really well as a team and it was a good game to regroup.”

With some quick thinking, one of the infielder’s, Sam Ellinwood’14, contributed by making put outs while Greg Salamone’13 pitched the sixth and seventh inning.

“I thought our team played really well today, and everyone contributed to our success in the game,” baseball captain and centerfielder , James Frusciante’13, said.

Every baseball game makes the day eventful at Staples. But what made this day really special was having Sweet Frog there handing out free ice cream and more importantly, it was Little League Day.

“Little League day is my favorite day for baseball,” Carly Singer’14 said.It was a day for the players to look back and remind themselves of how far they have come.

“During the game, I thought about how when I was a Little League player, I wanted to be on the Staples Baseball Team, so being out on the field now is an awesome feeling,” Frusciante’13 said.

Little League day clearly motivated the players to show the kids their talents.