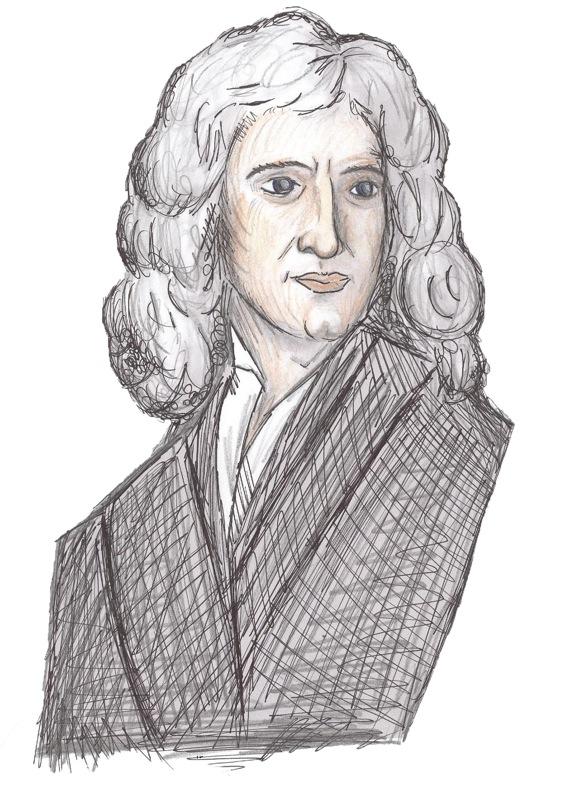 A face hits the cold of the snow. Gloves and clothes become white. Eyes shut. The skis snap off as they fall from boots. The skier tumbles down the slope, eventually coming to a stop.

He stands up and tries to get the icy snow out of his jacket. He sees his skis uphill and treks up to get them. He snaps them back on and continues down the slope.

The wind rushes past him, chilling his face. He tries turning again. His body tilts. His knees bend. He leans forward. His skis carve the snow.

He doesn’t fall this time.

Gravity carries him down the slope.

Skiing is really a “gravity-driven sport,” according to physics teacher Joanne Klouda, meaning that gravity is the invisible hand that pulls skiers down hills. Speeding up, slowing down and turning all involve maneuvering that uses the laws of physics.

“When a skier starts down the slope, you have to push hard out of the gate in order to get a fast start,” said Caroline Corbally ’13, a girls’ ski team captain.

But after the start, Corbally said, skiers don’t push into the slope to go faster, since the only force pulling them downward is gravity. Instead, they lean forward, moving their center of mass forward.

“You should feel the weight on the balls of your feet versus your heels,” girls’ ski team coach Tom Owen said.

While gravity is the force that pulls the skier down, the two main forces that push in the opposite direction are the friction between the skis and the slope of the hill and air resistance.

The friction between the skis and slope is small because snow is slippery, and the friction is even smaller when the snow is hard-packed.

“If there’s powdery skiing conditions one day, we make sure to remove all the excess snow,” boys’ ski team coach Courtney Ruggiero said.

To combat air resistance, skiers tuck to go faster, according to Guerric Vornle ’13, a member of the boys’ ski team.

In Klouda’s example, crumpled paper falls faster than spread-out paper because the more area of an object that air resistance acts on, the slower that object will move against the air resistance.

Klouda agrees, saying, “Do they wear those spandex suits to show off their toned bodies? I think not,” she said. “That is a skin-tight suit they’re wearing to minimize air resistance.”

Skiers often also lose speed while making turns, though Ruggiero said that “some racers, like the Olympians, can actually gain speed while turning, while others throw their skis sideways and lose a lot of speed.”

A good rule of thumb for turning, according to Owen, is to have 80 percent of a skier’s weight on their outside leg and 20 percent on the inside. To teach his skiers what to pay attention to when turning, Owen uses the acronym “BERP.”

“BERP,” Owen said, stands for balance, edging, rotary, and pressure. Balance is self-explanatory; edging is tilting the metal ski edges toward the slope to “carve” it; rotary is the direction the skis point in; pressure is just the 80-20 weight split.

“BERP” combines to give better turns because of Sir Isaac Newton’s Third Law of Motion—any action results in an equal and opposite reaction. So, when one wants to ski left, one turns his or her skis to the left and tilts them inwards to carve the slope.

The skier puts more weight on the outside ski because, as his or her weight pushes down on the slope, the slope will push back on him (equally and in the opposite direction).

However, while understanding physics is imperative to successful skiing, Corbally said that there are other important aspects to the sport: “Part of it is aggression,” she said. “And part of it is lack of fear.”