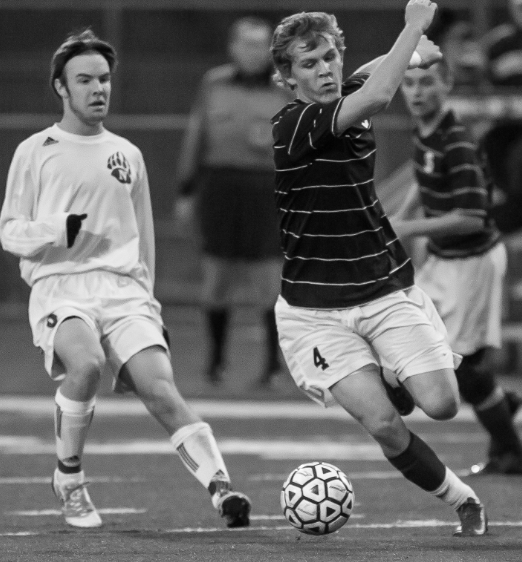 GSoccer:  The girl’s soccer team qualified for States this year. Team members lost the first round 1-0 against Newtown, a team that is always a big contender out of the FCIAC division.

BSoccer: FCIACS: In the first round of FCIACs, the Staples boys soccer team played Greenwich, which scored off of a free kick in the first half. Staples would not give up without a fight, however, and spent the second half trying to tie the game up. Greenwich was able to score two more goals and moved on to the next round.

States: In the first round of States, Staples boys soccer played the higher-ranked team, Norwich Free Academy and came away with a big 6-0 win. The next round, Staples lost to Norwalk, 1-0.

Volleyball: FCIACS: The girls volleyball team played Stamford for the first round of FCIACs but unfortunately lost lost 3-2, after a long, fought game. The loss came in part because the team lost a week of practice to Hurricane Sandy. Senior Captain Anna Fiolek said, “It was our first day back really playing with each other as a team, which I think was a little difficult coming off of a week off of practice.”

STATES: After losing to Trumbull in the regular season, Staples girls’ volleyball came out strong against the team in the first round of states, winning 3-0. This was a sweet victory since Staples in the regular season had been up 2-0 but wound up losing.
The Girls Volleyball team faced up against Cheshire in the second round, winning the first game 18-25 but losing the last three games.

Football: FCIAC: Staples Football team had their first round of FCIACs on the 23rd. Check Inklingsnews.com for up to date coverage of their post season.

Swimming: FCIACS: In the Girls Swim Team FCIACS, Staples finished sixth against Trumbull, a team that had defeated them earlier in the season. As Senior Captain Sarah Cooperman said, “It was a stellar, energy-filled meet. There were a lot of awesome performances from our team.”

STATES: The girls swim team finished eighth overall, against some tough competition. This put them in the perfect position for state opens, where they finished tenth out of 51 teams.

Girls XCountry: FCIACS: Going into FCIACs the Girls Cross Country team looked forward to doing even better than last year. And in fact, the team members all ran their fastest times. “We ended up placing 8th, which was surprising given the times we had run for that particular course,” said Senior Captain Georgia Kursten.

Boys XCountry: FCIACS: At FCIACs the boys cross country team finished second. The course at FCIACs was not very hilly and in very good shape so it was easier to run. Senior Captain Henry Wynne set the FCIAC meet record with a 15:23.

STATES: The boy’s cross-country team competes in both the States Class LL race and the State Opens race. At State Class they faced some difficulties and placed ninth overall. However, Wynne also set a meet record, 15:49, at the Class LL race. Staples also claimed fifth overall at State Opens, which meant they qualified for New Englands.

NEW ENGLANDS: The first Wreckers to qualify for New Englands since 2003, the team traveled to Maine to compete, where they finished ninth overall. Wynne took first place.

Field Hockey: FCIACS: After grabbing the FCIAC title over the Wilton Warriors last year Staples had high hopes for this season as well. However, they faced a tough loss against Wilton in the first round of the FCIAC tournament.

STATES: They faced Norwalk for the first round of States. After playing through triple overtime, they won 2-1. In Staples Girls Field Hockey’s final state game, they lost 2-1 to Darien. Darien scored two goals during the first half. But Staples kept fighting and scored in the second half.