Wrecker Wrewind: The Better and the Best of the 2012 Fall Season 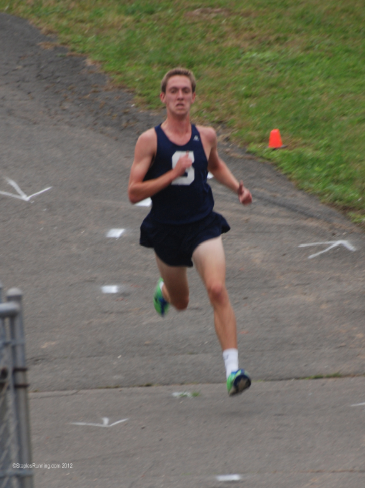 Boys’ Cross Country: The boys’ cross-country team ended the regular season 16-2. They finished second in FCIACs, fifth in the State Open, and ninth in the New England championship. Henry Wynne ’13 was FCIAC, Class LL, State Open, and New England champion. Wynne, Oliver Hickson ’15, Patrick Nolan ’13, and Sam Cohen ’13 all made first team all FCIAC. “I have been very pleased with the success of our program this fall,” said head coach Laddie Lawrence, who has coached Staples for over 40 years.

Girls’ Cross Country: The girl’s cross-country suffered a huge blow when they lost Caroline Koenig ’14, for the season. Koenig injured her tibia and fibula after being struck by a minivan before the start of the season. However, the team finished the regular season with a 13-5 record and narrowly missed making the State Open. Hannah DeBalsi ’15 made first team all FCIAC while Erica Hefnawy ’14 made second team all FCIAC. DeBalsi also finished eleventh at the New England championship.

Field Hockey: Under first-year head coach Ashley Delvecchio, Staples opened the season with a 4-0 win at home against Ridgefield, and went on to finish the regular season with an 8-8 record. After enduring a four-game losing streak in the middle of the season, the Wreckers were able to follow that with a five-game winning streak in which they outscored their opponents 13-3. They qualified for FCIACs and were beaten in the first round by Wilton 0-7. In the Class L state tournament the Lady Wreckers beat the seventeenth seed Norwalk 2-1 in triple overtime in a qualifying round game. However, Darien 2-1 beat Staples the next day.

Football: The football team finished the regular season undefeated with a record of 8-0. In the first Friday game under the lights at Staples, the Wreckers beat St. Joseph 49-28. Also under the lights, Staples dominated Westhill and ended up beating them 49-7. In the regular season Staples outscored their opponents 429-115. The Wreckers played Greenwich on Thanksgiving, Nov. 22, in the FCIAC championship game. Check inklingsnews.com for coverage.

Boys’ Soccer: After starting the season 3-3, the Wreckers, under head coach Dan Woog, ended up playing 10 games in 18 days, finishing the regular season with a 10-4-2 record, good enough for the sixth seed in the FCIACs. However, they lost to Greenwich 0-3 in the first round. Then after not playing a game in two weeks Staples played their first game in the Class LL tournament against Norwich Free Academy. Staples would go onto win 6-0 but lost to Norwalk, the number one seed, 0-1.

Girls’ Soccer: After making it further than they ever had before in the state tournament last season, the girls’ soccer team finished the season with a record of 3-7-4 and did not qualify for FCIACs. However, the Lady Wreckers were able to record one of their three wins on Senior Day. In the first round of the Class LL tournament the Lady Wreckers lost to Newton 0-1.

Girls’ Swimming and Diving: The teams capped off the regular season with a 7-3 record, the reverse of their record last season, 3-7. Staples finished sixth in the FCIAC championship on Nov. 7 lead by Verity Abel ’14 who finished first in the 200 and 500 freestyle. In the Class LL tournament Staples finished eighth where Abel once again won both the 200 and 500 events. The diving team was also impressive lead by Olivia Crosby ’15, Sophia Stanley ’16, Eliza Donovan ’15, and others.

Girls’ Volleyball: The girls’ volleyball team, under head coach Jon Shepro, was able to clinch the sixth seed in the FCIAC after finishing the regular season with a 14-4 record. AccordingThe Lady Wreckers lost in the quarterfinals to Stamford 2-3 in FCIACs and were knocked out of the Class LL tournament after losing to Cheshire 1-3.  “The team has worked hard to get better even game,” Shepro said. “I couldn’t be happier with the way the team has come together and succeeded this season.”

Boys’ Water Polo: The boys’ water polo team began the season with a win against The Hopkins School and ended it by winning the Hopkins Invitational for the second time in two years. Since Staples and Greenwich are the only public schools in Connecicut, the Wreckers play games against New England prep schools and YMCA teams.