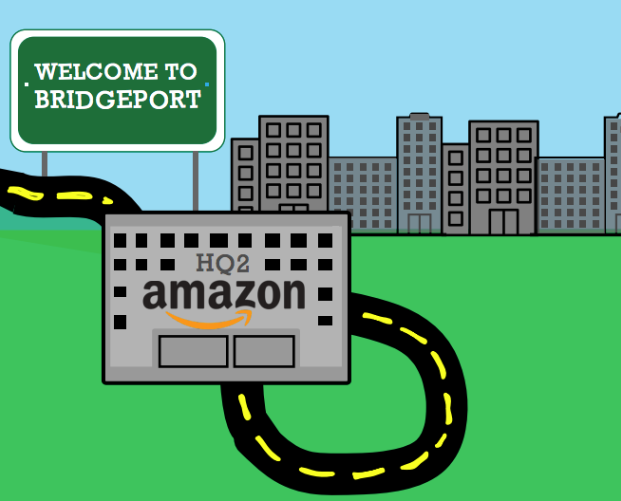 Amazon announced on Sept. 7, 2017 plans to open a second headquarters (HQ2) in North America that will ultimately employ 50,000 employees and invest $5 billion for operations and construction.

Since then, 238 cities across North America have submitted proposals to Amazon, outlining what each city has to offer. In Connecticut, four bids were made: Bridgeport and New Haven, Danbury, Hartford and Stamford and Waterbury.

Sally McGee ’18 agrees with Ganim and believes Amazon could restore the city.

“The move would benefit Bridgeport’s economy and would help rehabilitate the area,” McGee said.

According to Amazon, it’s looking for places that have software developers, good transportation and would be a good cultural fit. New job salaries will average $100,000.

“We expect HQ2 to be a full equal to our Seattle headquarters,” Amazon CEO Jeff Bezos said. “Amazon HQ2 will bring billions of dollars in up-front and ongoing investments, and tens of thousands of high-paying jobs. We’re excited to find a second home.”

Amazon says it will make an announcement regarding the location of its second headquarters in 2018.