Puppy love paraded at The Porch 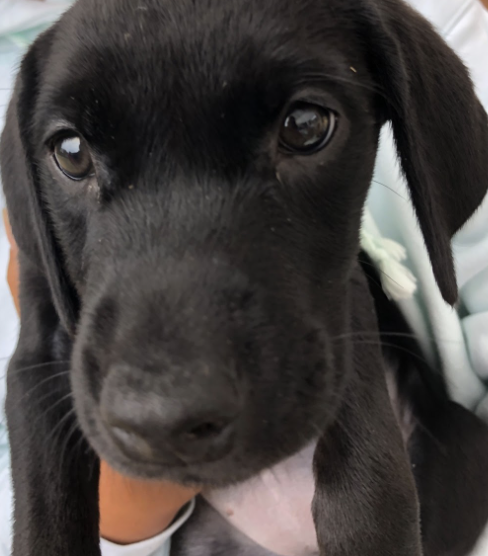 Up close of Matilda, one of the puppies in the litter that will soon be up for adoption.

Eleven puppies from the Westport Animal Shelter Advocates (WASA) visited The Porch at Christie’s last Sunday to meet potential adopters. They came into the shelter’s possession after a local surrender of the mother, who was two days away from labor. According to Westport Journal, the mom is being adopted by the vet tech at Schulhof Animal Hospital who oversaw the puppies’ birth, but the new litter are still looking for future homes.

Julie Loparo, President of WASA, emphasizes the need for adopters and sees this event as an opportunity to raise awareness about the dogs that are available locally.

“WASA advocates for homeless dogs in Connecticut because they’re often the ones that fall through the cracks,” Loparo said. “From what I’m gathering, there’s a lot of local interest in these puppies which will be great.”

The crowd was filled with excitement as people arrived to see, pet, and hold the puppies. For people like Shara Kolodney and her two children, this event highlighted the importance of rescuing dogs in need rather than going to a breeder.

“We are looking to adopt just in case one needs a home and we need the love,” Kolodney said. “We come here because purebreds people are willing to pay for, whereas these rescue dogs need rescuing.”

Another hopeful adopter, Larry Blass, rescues for a similar reason. He took in his last dog after the previous owner had to give it up.

“Owning a dog is a big responsibility and can be an expensive thing. So it can be difficult but the love and joy that they bring to you makes it well worth it,” Blass said. “By giving these rescue puppies a loving home, people in turn receive love from the dogs.”