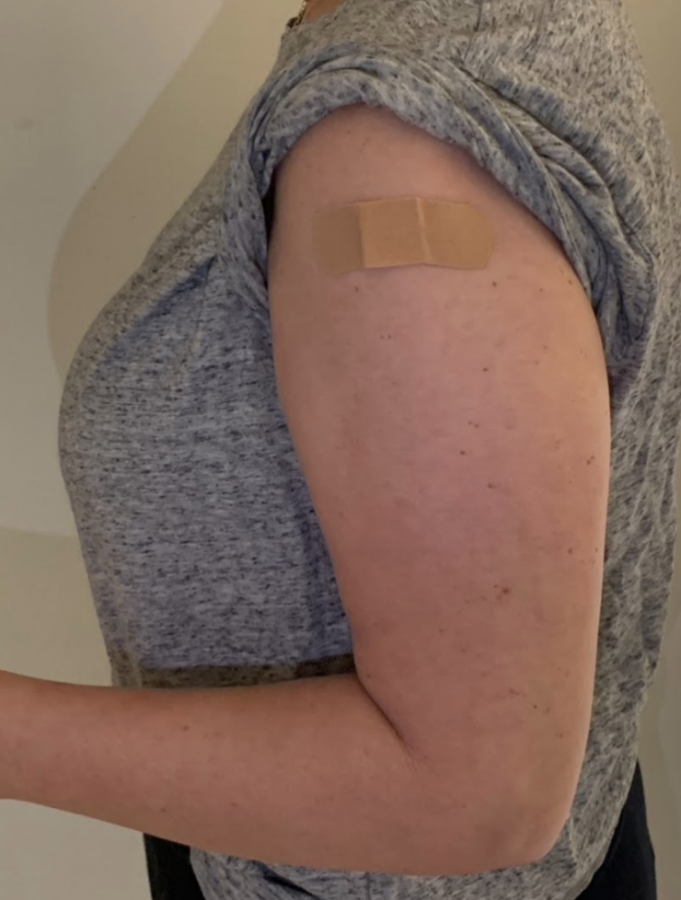 In the state of Connecticut, 63% of the population has received at least one dose of the Covid-19 vaccine. Despite the worries from the beginning, many individuals have gotten the vaccine.

After months of masks, sanitizing and social distancing, the fantasy of the COVID-19 vaccine became a reality. Some were annoyed with the limitations the Coronavirus inflicted on their life and were eager to be granted immunity. Yet others were hesitant to trust the next step to normalcy, the vaccine.

Like many, Tegh Singh ’23 was originally opposed to receiving the vaccine based on how quickly it took to not only be designed but also tested.

“I was a little hesitant because the whole world was in an emergency situation, meaning if a vaccine passed the short-term tests, then it would be spread throughout the world and we wouldn’t know all of its effects,” Singh said.“But as more tests were conducted and more people got it and were fine, I became more and more confident in the vaccine.

“I wasn’t against the vaccine in the beginning, however, […] I felt less comfortable about receiving the vaccine because it was still pretty unpredictable,” Nair said. “However, after seeing others at Staples closer to my age group receive the vaccine and experience relatively the same side effects, I began to trust the vaccine much more.”

Other ideas surrounding the option to get the vaccine were politically based. The introduction of the vaccine came in the middle of an incredibly heated political climate. Juliette Saverino ’22 was originally not in favor of the vaccine after Trump about it, but later felt more inclined to receive it once president Biden was in office and promoted its safety.

“I never trusted anything he [Trump] had said in office so when he spoke so highly of it in the fall, I didn’t have any hope for it,” Saverino said. “Then once the election was over and the science behind the tests came into the light, I trusted the vaccine more.”

On the other hand, some trusted the manufacturers throughout the whole process. Bruno Guiduli ’22 never doubted the vaccine because he was more focused on the optimistic side of it.

“My whole family and I were incredibly excited for the news of the vaccine because it meant that we [the world] were taking a step in the right direction,” Guiduli said.

Though many were once against the vaccine, Staples students are satisfied with the positive trajectory the vaccine has been following. Students believe it is important to continue to unite against the virus and not look in the past.

“It’s more beneficial to see the improvements […], ” Nair said. “Our focus should be on the positive, not the negative.”