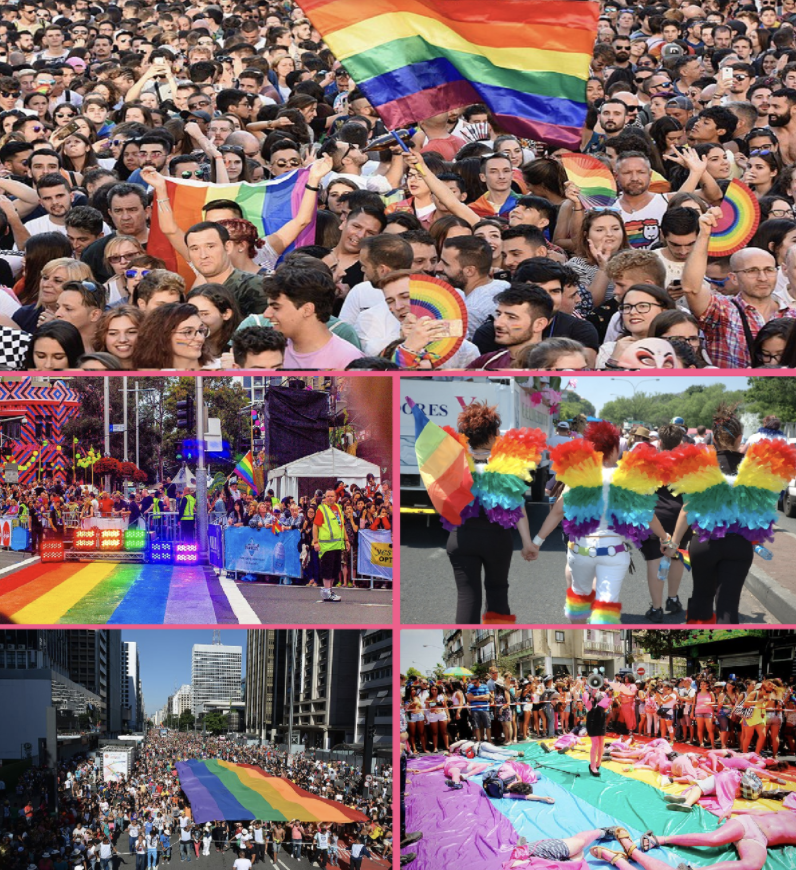 Pride, as celebrated each year around the world, will make its way to Staples this year thanks to the Gender-Sexuality Alliance (GSA) and Westport Pride. The Staples High School Pride Day will be the first to occur at a high school in Connecticut, with the activities consisting of wearing rainbow and highlighting queer artist’s work in front of the auditorium.

Staples High School will make history as the first high school in Connecticut to officially celebrate a Pride Day, which will take place on Friday June 4. This event consists of showing spirit by wearing rainbow and highlighting Staples’ queer artists on a display wall outside of the auditorium.

This Pride Day is being planned by the Gender-Sexuality Alliance (GSA) organization and Westport Pride, led by science teacher Kayla Iannetta, the head of GSA.

“I kind of felt like we needed to bring more events to highlight, honor and elevate our diverse group of students,” Iannetta said. “And I’m a member of the LGBTQIA+ community, and I always like a big day for us.”

The announcement of Pride Day has had an overall positive response from the student body, as it will celebrate the LGBTQIA+ community amidst their hardships. Sean Pitaro ’22 spoke of one possible benefit to the day.

“I think we will continue to be more inclusive and open-minded,” he said.

Sammy Webster ’21, member of Westport Pride, believes that addressing the LGBTQIA+ community in a positive way, through events such as Pride Day, can be particularly important to ensure that rising high schoolers of various identities are welcomed.

“In high school sometimes it feels like there’s kind of like an isolating vacuum kind of situation,” Webster said. “And just to know that there is solidarity and there’s other people who have been through the same experience that as you, I think can be sort of comforting and helpful for LGBTQIA+ youth in high school.”

GSA and Westport Pride permit anonymous submissions to the art gallery that will be displayed outside of the Staples auditorium as a component of the event.

Art teacher and contributor to GSA, Angela Simpson, explains that anonymous submissions are permitted for the art section of Pride Day because it is necessary to respect the privacy of the individuals involved.

“[Having the artists remain anonymous] is also a symbolic gesture to highlight how LGBTQIA+ individuals often hide their true identity to protect themselves from rejection or abuse,” Simpson said.

Having the artists remain anonymous also allows for self-expression without the pressure one may feel of coming out.

“Depending on the people around you, sort of making [one’s sexuality and or gender identity] publicly known can be sort of intimidating and sort of scary,” Webster said. “Being able to share some art or some media or share things relating to a project without necessarily having to say ‘I’m gay’ I think is a good thing for people to be able to do to.”

Allies are additionally encouraged to participate on Pride Day by exemplifying their support for the LGBTQIA+ community and by wearing rainbow colors.

“While allies are not part of the art exhibit, they are an important part of making sure people who identify as LGBTQIA+ are celebrated and supported,” Simpson said. “Allies can model how queer people deserve just as must respect as everyone else.”

The inclusion of allies for this spirit day will promote an enhanced understanding of the LGBTQIA+ community and what Pride looks like in hopes to prevent further misunderstandings and oppression.

“We’re also hoping that this addresses stereotypes,” Iannetta said. “[…] There’s so many things that can just be easily talked about with people outside of the community and bring everybody together.”