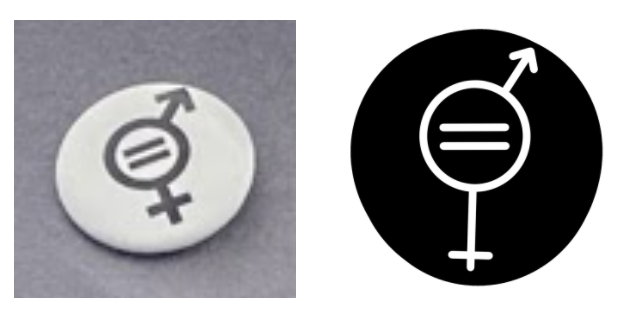 #TheyForShe is taking on the task of calling out everyday sexism and gender inequity in our community and helping men understand what it means to be a woman in today’s society.

Social media feeds have been flooded with activism in the name of International Women’s History Month, and social studies teacher Cathy Schager and her Women in Society class have further celebrated the month with their creation of #TheyForShe.

In June of 2014, United Nations women created #HeForShe which fought for gender equality and empowerment of women, and worked to engage boys and men in dismantling the social and cultural barriers that hinder women from reaching their full potential. Schager’s Women In Society class was inspired by the empowerment of the UN’s hashtag initiative, but in an effort to expand the boundaries of the movement, decided to alter the word “he” to “they”, realizing that there would be other genders that would want to support the hashtag.

“With all that has changed in society we thought it would be better if we changed the hashtag to #TheyForShe,” Carly Curran ’22, a student in the Women in Society class, said. “This way we were able to include more people to stand alongside us in our battle against sexism.”

Most men don’t comprehend the gravity of what women go through on a day to day basis, but the Women in Society class is working to educate those who don’t. #TheyForShe is taking on the task of calling out everyday sexism and gender inequity in our community and helping men understand what it means to be a woman in today’s society.

“‘Not all men’ is a pretty common phrase that people like to use,” Schager said. “But the flip side is that all women at one point or another experience sexism or gender inequity and so we need to have a more productive conversation.”

Throughout this month, the class has sent emails to the school, had messages in the morning announcements and created a photo booth in the Library for people to take selfies, share their experiences and paste their pictures around the booth. The class is currently working on making educational materials to circulate the building in order to raise awareness about what sexism and gender inequity looks like and how to be an ally.

These educational materials will share statistics about gender inequality, have personal experiences of women, give real details about precautions women have to take to stay safe in our society and give men real tips on how they can support women.

“Being an ally to women requires way more than just not doing sexist or violent things––it requires active efforts to do the opposite. Simply not assaulting women or not making sexist jokes should be the norm, not an example of allyship,” Kyla Race ’22, a student in the Women in Society class, said. “Non-women need to call out their friends for doing or saying misogynistic things, educate themselves about both the day-to-day and systemic struggles of women, make women feel comfortable and safe (since they have no idea if you’re a threat or not), and listen to and believe women who share their stories. Lots of women coming together to speak up is amazing, but if every man stays silent on the issue, there will be no progress. Women’s rights are a men’s issue, too.”

The class understands that their initiatives for change won’t put an end to gender inequity but it is doing what it can to make change and offering men the resources so they can do the same. This hashtag is not only meant to educate men, but is a call to action to speak up about the inequality for women and demand change. It is also about empowerment for women to help them realize that they have the capacity to make the change that they want to see.

“There’s only so much we can do and it all depends on the degree in which the community wants to confront an issue,” Schager said.  “There’s only so much that we can try and measure about what we do, you know, but there’s still the hope that making it visible will start to chip away.”