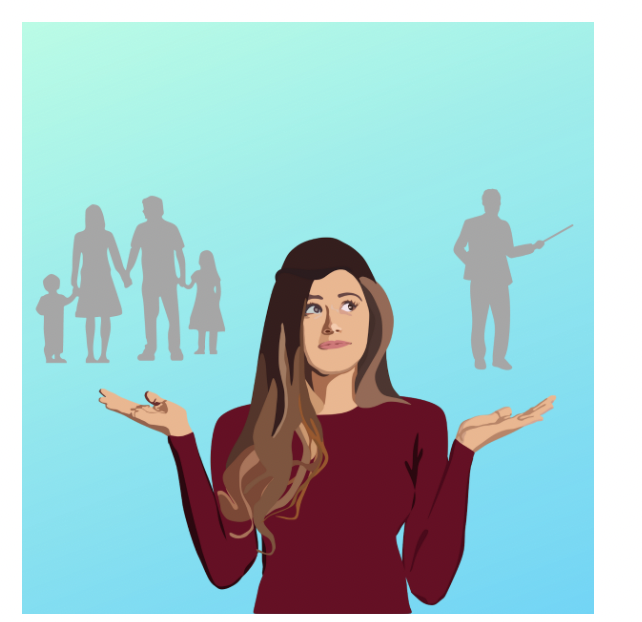 Despite having only one remote Wednesday this month, teachers have adapted different systems to manage their own kids who are also learning remotely. The constant schedule changes have forced teachers to rapidly make changes to their childcare—often without warning.

Due to the PSAT and SAT testing that took place this month, March’s schedule has had a  unique structure that eliminated most remote Wednesdays. This is not uncommon—the school schedule has varied from week to week as Staples converts between different attendance models.

Teachers are forced to not only reevaluate their routines in regard to their teaching, but also their families.

“It’s the fact that we keep changing the schedule that’s keeping me on my toes,” Science teacher Heather Wirkus said. “I do appreciate that they let us know a little far in advance this time, but it’s hard because to go from early dismissal to full-day to in-person to at-home. It does affect where I have to be and when,”

“It’s just a little extra planning each week to figure out my pickups and drop-offs depending on my kids’ schedule which seems to be ever-changing as well,” Comerford said.

For teachers, planning classes around the fluid schedule has also been challenging.

“From a teacher perspective, planning became even more of a nightmare with the 75% versus the hybrid because now you’re keeping track of six different cohorts and not just three,” Wirkus said.

“If you’re trying to cover a certain topic by a given amount of time, you have even less days to do that now. So I would say that is the major problem with missing remote days,” Ogunkoya said.

In order to keep their classes as uninterrupted as possible, Math teacher Kerrigan Warnock explained that she and her colleagues are continuing to be lenient by keeping their assignments and coursework to a minimum. “It’s definitely harder, so I’ve been totally more lenient […] I normally would give homework every day, now this year I’m giving less.”

Now that Staples is shifting to a fully in-person model, remote Wednesdays will be replaced with an in-person shortened day. According to Comerford, the new schedule is yet another adaptation that the Staples community will have to make but can easily adjust to.

“I think we’ve learned that everything this year is an adjustment,” Comerford said. “Be ready for change, be ready for what comes at you, and […] go at it with an open mind and make it work.”