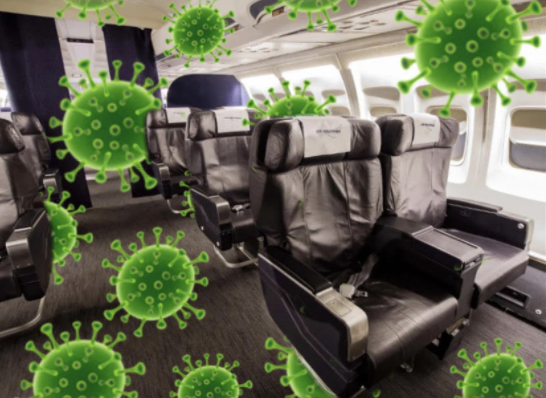 Staples students share their personal experiences with traveling during the pandemic and discuss whether or not it is worth risking exposure to the virus.

With COVID-19 restricting travel for almost a year, families have finally started to venture out and experience safe yet cautious vacation opportunities. This strange yet accessible way of traveling has sparked many opinions on whether or not the experience is worth the risk.

Jane Weil ’23 traveled to Bermuda for a period of time during the summer.

“It was not that different from traveling without the pandemic,” Weil said.

Weil also confirmed that she and her family did not stay in a hotel due to fear of unnecessary exposure while on the island.

“I stayed in a villa instead of a hotel, so that was better because you’re not around that many people.” Weil said.

“The process was worth it because I was visiting my family and friends that I haven’t seen for over a year,” Geijerstam said.

Geijerstam used to live in Norway, so not being able to travel for a while due to the virus was especially hard and personal for his family. Due to the precautions that the airport set in, Geijerstam was not anxious about contracting the virus on his way to Norway.

“Our seats were upgraded to the business section where the seats are almost a meter away from each other,” Geijerstam said. “Plus, it was only my family in that section.”

Emma Porzio ’23 had a different experience compared to Weil and Geijerstam when she traveled to Florida in July. Porzio was traveling to visit her grandparents.

“If I’m being completely honest, I actually felt like the airport did not do a good job of following the guidelines,” Porzio said.

When she and her family were preparing to depart from their gate, there were multiple workers that were not following the necessary COVID-19 restrictions that the airport had enforced.

“[One worker’s] mask was completely down, yelling at everyone and not being socially distant,” Porzio said.

However, the workers were not the only people in the airport who were not being compliant to the rules, many passengers were as well.

“There were stickers on the ground to make sure people were being socially distant, but people were not looking at the stickers,” Porzio said. “You could also see workers watching people who were not following the guidelines, but they didn’t say anything.”

This shocking airport experience that Porzio endured could be especially dangerous for others such as Adelle Rubinchik ’23, who worries for the safety of her four-year-old brother. Rubinchik’s family decided to travel to South Carolina for winter break.

“I’ve been in Westport for the past eight months,” Rubinchik said. “I need to get out.”

Due to the high risk of contracting COVID inside of an airport or plane, her family decided to drive for 12 hours to reach their destination.

Rubinchik’s situation was special because her brother, being so young, does not understand how important it is to keep his mask on. For the safety of others and the family themselves, Rubinchik’s family believed that it would be safest to drive and stay as far away from others as possible.