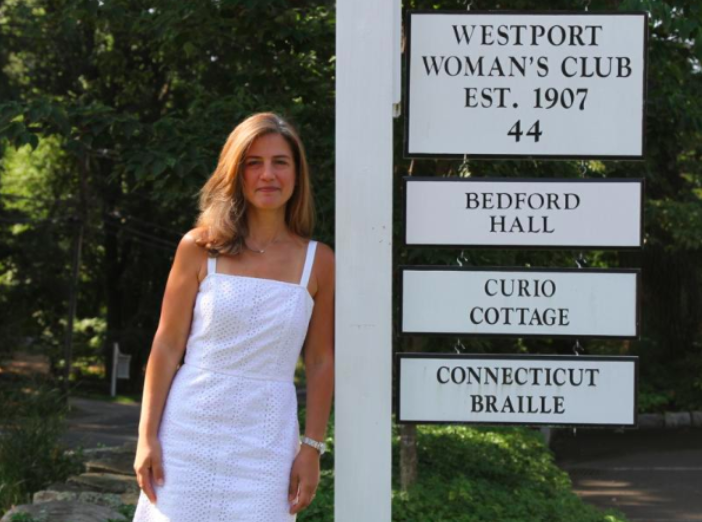 In addition to mother, realtor and board member of Neighbors and Newcomers of Westport, Christina McVaney can now add president of Westport Women’s Club (WWC) to her list of accomplishments. Following in her mothers and grandmother’s footsteps, McVaney became involved in the Women’s club in 2013, and after years of hard work, was voted president and started the job this past July.

“We serve for at least one year with the expectation that we would stay on for another year, so two years total,” Mcvaney said.

She has been working with the association ever since and dedicates much of her personal time to it. Her favorite part is the relationships that she has created and the impact that they have on the Westport Community.

When McVaney is not volunteering at the WWC as president, she works as a realtor. She is married to her husband, Keith, and has three children. Although the children are all in their twenties, they still like to get together and go for hikes with the family dog, Abbey.

Rose Jordan, editor of Westport Women’s Clubs monthly newsletter, The Bulletin, has been a part of the WWC for over 10 years and believes that Mcvaney is a great asset to the WWC community. “She’s an amazing person, and if you learn about her history and where she spent her youth and her education and everything, you’ll see that she is very qualified,” Jordan said.

Though the WWC started for the purpose of cleaning the streets and planting trees in Westport in 1907, its goal today is to “raise funds in support of the educational, charitable, cultural and public health services in Westport and surrounding towns,” Mcvaney said.

And their efforts are appreciated by Staples students.

“What the Westport Women’s club is doing here in Westport is awesome,” Alex Seidman ’21 said. “I think the new president will help the club make an even bigger impact on our town.”