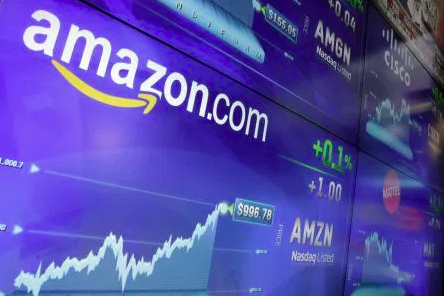 Amazon has finally been evaluated at $1 trillion in worth, making them the the only company besides Apple to reach that mark. With its stock share price now over $2,000, Amazon is more dominant than it has ever been. Since Amazon’s IPO in 1997, its share price has increased by over 1,000 percent.

With Amazon’s surge into the trillions, their founder and CEO Jeff Bezos also reached a huge milestone. He now is the sole leader on top of Forbes Billionaire List. Bezos started Amazon in 1994, but originally called it Calabra. While known today as the e-commerce giant selling everything, they started out focused on selling books out of Bezos’s garage. In 1997, Amazon went public at $18 a share. Four years later, Amazon finally became profitable reaching revenue of $1 billion with a profit of $5 million.

Since then, Amazon has only trended upward and has become the premier source for anyone buying merchandise online. Juliette Schwebel ’19 spends a lot of time on Amazon. “I buy a lot of things I could probably get at CVS or any other store in Westport, but clicking a few buttons while sitting at my desk is much easier,” she said.

Because Amazon has become so popular it has caused a lot of small businesses and large retailers to go out of business. This is due to the convenience of the site, one of Bezos’s core principles. He believes that one day, you will be able to talk to Alexa, Amazon’s voice controlled speaker, and say, “I need milk from the store.” Alexa will then place the order at an Amazon supermarket and you will get your milk in an hour.

Amazon has continued to provide their customers with multiple upgrades. The introduction of Amazon Prime in 2005 allowed people to pay an annual fee of $99 in exchange for free two day shipping for any Amazon Prime product.

This addition has resulted in a serious increase of Amazon memberships due to the convenience that it offers. Amazon Prime allows people to receive their products quickly and cheaply.

“The main reason I shop on Amazon is the convenience. Prime allows me to get things fast and cheap,” Lauren Spheeris ’21 said.

Amazon will look to continue to grow year after year, selling various products from A to Z. While the trillion dollar evaluation is impressive, Bezos has other things in sight. Amazon looks to overtake all distribution and be present in every American household in the future.