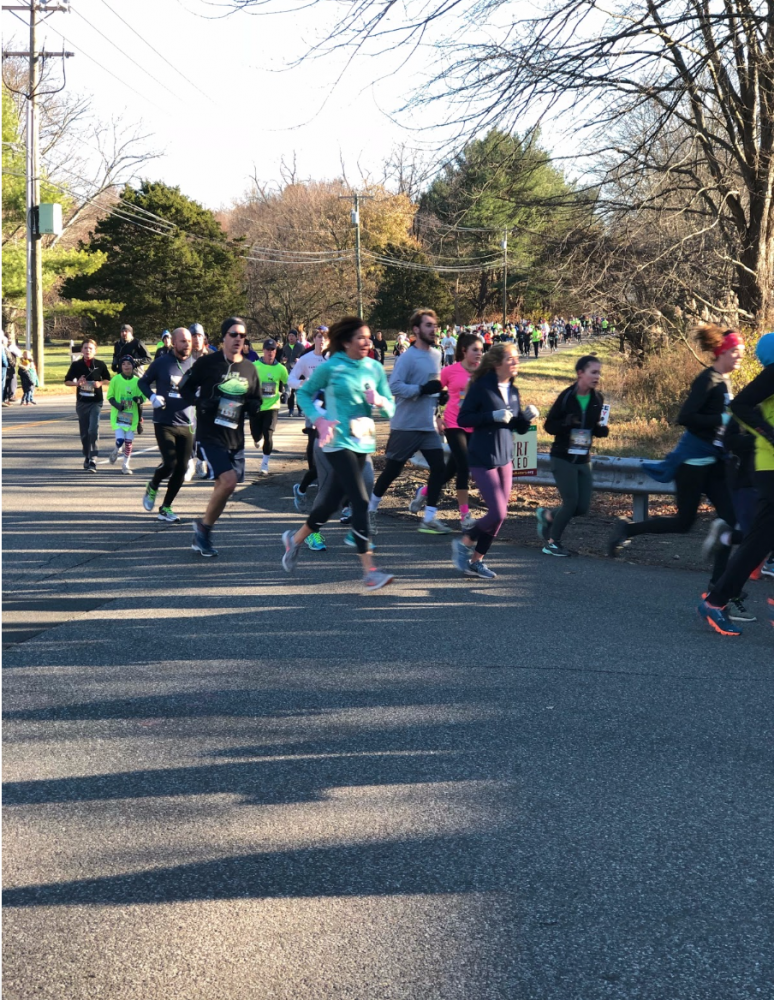 Thanksgiving morning for a typical high school student often consists of sleeping in past 10 a.m. and doing nothing until the Thanksgiving feast. However, for approximately 5,000 people in the Fairfield County vicinity, their morning looked a little different: they woke up at 6:30 a.m. in preparation for a five mile run around the Southport-Greens Farms area of Westport.

The 40th Annual Pequot Runners Thanksgiving Day Turkey Trot took place on Nov. 23. The race began at the Pequot Library in Southport and ended by the Wakeman Boys and Girls club, also in Southport.

Thousands partook in this Thanksgiving day activity, including many Staples students. Maisie Dembski ’19 has been running the turkey trot for around five years. “It’s more of a tradition for my family. We have a bunch of family friends who do it so we all meet up after and it’s super fun,” Dembski said.

For many, they enjoy the excitement of the run. “It is a pretty run,” Gabriela Vega ’18 said. “It’s a great way to start Thanksgiving morning and most of my family runs it.”

The route passes by Southport Beach and a big stretch of it is on Beachside Avenue, which is known for being a scenic road.

The Cross Country team at Staples has made it a tradition for some of their members to run the Turkey Trot together. “My family has been doing it for years and then recently it has become a thing for some people on the XC team to do it together,” Elysse McCambley ’19 said.

While many acquire these traditions from their family or friends, some run the race for different reasons. Izzy Cardello ’19 initially did not intend to run the Turkey Trot this year, but still ended up participating. “It was my first year because my mom thought I did it last year and signed me up,” Cardello said. “It wasn’t as bad as I thought.”