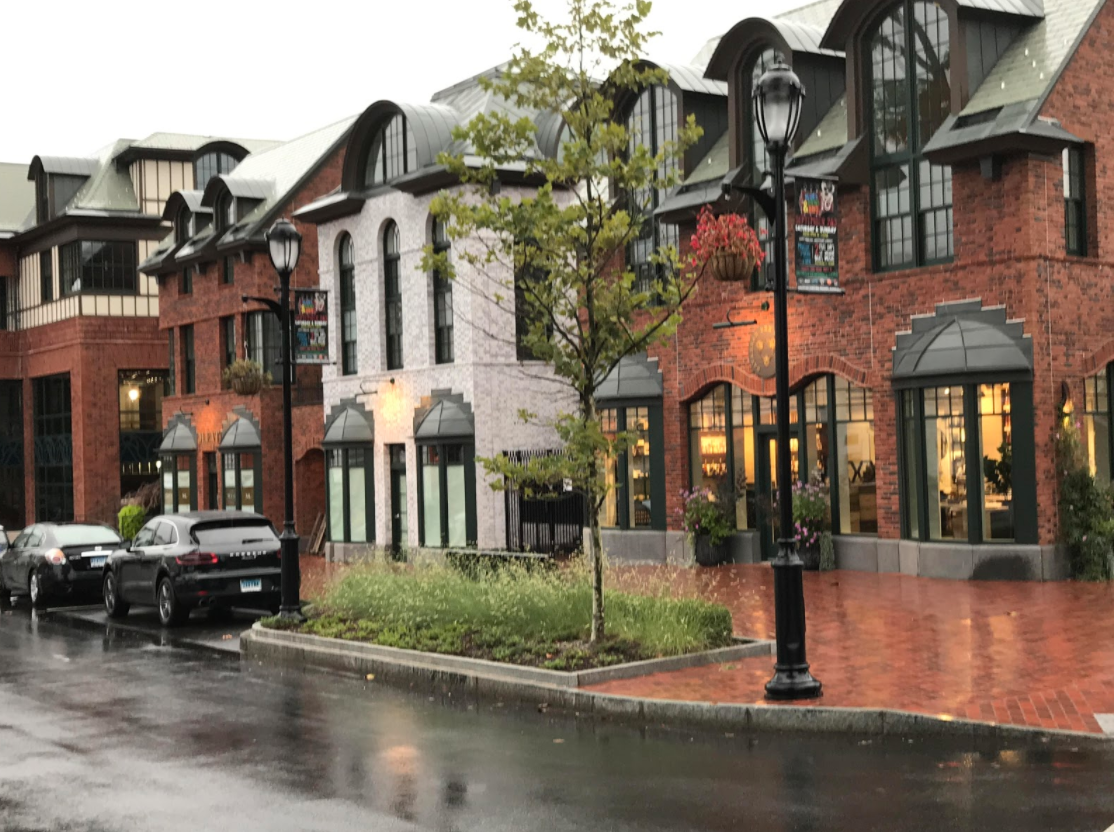 Walking down the streets of the new Bedford Square, members of the community explore what the new shopping center has to offer. Combining both stores and living spaces in the heart of town, the bustling atmosphere of Bedford Square excites all of Westport.

The new editions to Main Street sparked excitement for many in the community, although it took David Adam Realty over 10 years to design. The renovations that occurred included renovating the space of the YMCA and replacing it with Anthropologie as well as creating many spaces for businesses due to the construction and new set up. Bedford Square includes premier residences, underground parking spots and a compelling opportunity for retail and restaurants.

Although Bedford Square has brought amazing opportunities to all of the businesses that are in it, the construction was not cheap.

“The approximate cost to build Bedford Square, which is 120,000 square feet with 100 underground parking spaces and 24 residences, including land, soft costs and hard costs was $100MM,” David Waldman, President and Founder of David Adam Realty, said.

The new Bedford Square cost a massive amount of money, but many believe it was worth it because the new construction and space availability will attract many people who want to shop there or even open businesses there. Although Bedford Square is very large, space availability in Bedford Square is becoming limited.
“As of yesterday (Oct. 2) we have 40 percent of the apartments rented and over 77 percent of the commercial space leased,” Waldman explained. He hopes to be fully occupied with all stores open and apartments fully occupied by April of 2018.

Even though Bedford Square was extremely costly, the profit that the businesses will make and the overall benefit to having a newly constructed part of town will attract various members of the community. Many Staples students go downtown whether to shop on the weekends or to spend time with friends.

“I think that the the creation of Bedford Square will help draw more of the community to spend time downtown,” Erica Fanning ’20 said. “Having new stores and restaurants in Bedford square will not only draw people to check them out, but will cause more people to look at the other stores downtown, which will ultimately create a busier and more lively atmosphere here in Westport.”

Although having these new businesses in town will draw visitors to Bedford Square, a huge aspect of the traffic downtown used to be the YMCA. The Westport-Weston YMCA drew people from other towns, so parents of kids who participated at events there were able to spend time downtown which caused a tremendous increase of business for stores downtown.

“When I was younger, I did gymnastics at the YMCA downtown in Westport,” Kelly Griffin ’20 said. “Not only did I love having my sport downtown, but my mom loved it too because it’s a central location […] my mom could shop in the stores downtown while I was at practice.”