English students use comedy to critique 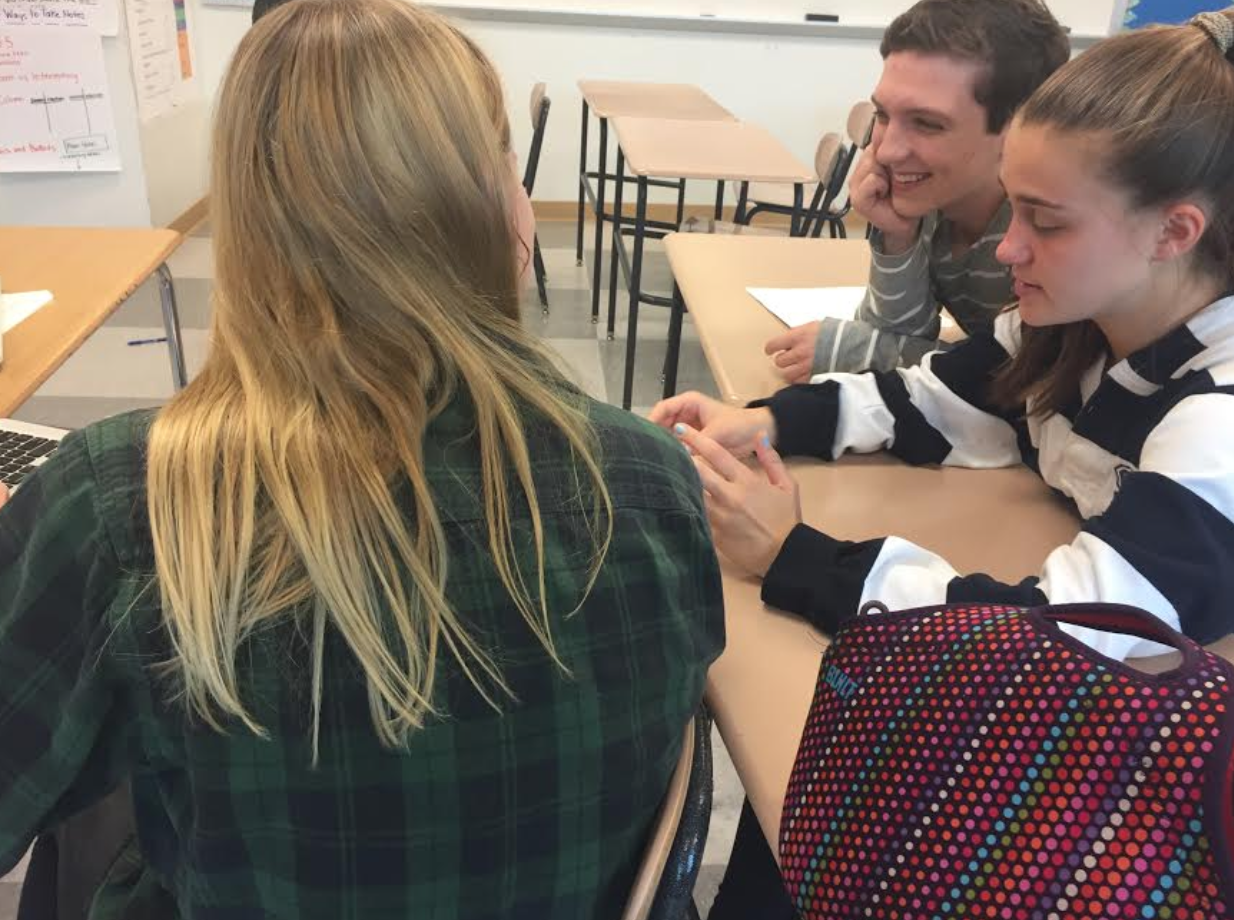 Whether it’s The Onion, Key and Peele or Saturday Night Live, all  of these are bound to leave an audience tearing up from laughter. However, each one’s comedy is rooted in a deeper critique of society today, otherwise known as satire.

After studying rhetorical devices and persuasion techniques for nine months, students in advanced placement English Language and Persuasion classes are being challenged to apply their skills, creating their very own satires which will critique the world around them.

“We usually do journal entries to showcase our writing style, but this is different,” Juliana Beal ’18 said. “We have never done such a large creative project in Lang, so I am super excited.”

In the past, students have satirized Westport culture, the hypocrisy of student members of Staples wellness clubs and Inklings itself in the end of year project. Students tend to focus on topics they are familiar with personally, as they aim to appeal to ethos.

“If you don’t have credibility, or ethos, you become an outsider critiquing a group of people, which can be interpreted as discrimination,” Anna Sivinski ’18 said.

Although A.P. Language students are encouraged to explore issues close to them, they are permitted to explore any subject they choose, as the assignment is rather open ended. It asks that the high schoolers “identify some brand of foolishness, nonsense, or tomfoolery that needs correction or some form of corruption or injustice that must be addressed.”

Satires can be turned in in the form of a video, script, sketch, article, cartoon, short story or essay. Many students in past years have been successful in satirizing a chosen topic, but one particular video became popular not only within fellow A.P. Language participants, but also outside of the classroom.

The video “Welcome to Westport” went viral when it was posted by students in the 2014-15 A.P. Language class, taught by Heather Colletti-Houde. Despite being created for the viewing pleasure of their classmates, the students’ video was rapidly shared when it was posted on Youtube. It now has 41,781 views.

It may not be the goal of every student this year to become internet sensations, but students are still expected to produce witty and creative content as the 2016-17 academic year comes to a close.