TV dreams turn into a reality 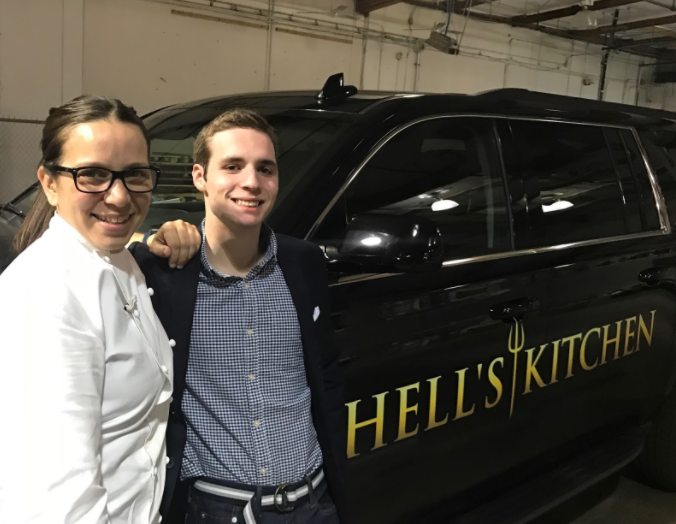 When Declan Byrne ’19 watched Fox’s TV show, “Hell’s Kitchen” for the first time, he wasn’t expecting it to be more than an average series.

“I was like ‘alright I’ll give it a try,’” Byrne said. “And then it actually ended up being interesting and dramatic.”

For Byrne, however, a simple affinity for a TV show spiraled into much more when his father videotaped him reciting his knowledge of the show. The video consisted of Byrne rattling off names of chefs who got eliminated in certain weeks, as well as other trivial knowledge not any average fan would know.

When the video reached Chef Gordon Ramsay’s sous chef, Byrne was then invited to the Hell’s Kitchen event, Uncorked, in April of 2016.

“People say they want to meet a celebrity but they never get a chance to,” Byrne said. “Shaking his hand and getting a photo was the best part of the experience.”

Byrne noted that Ramsay was impressed with Byrne’s knowledge, and said, “You know my own show better than I do.”

However, Byrne’s journey with Hell’s Kitchen was just getting started with Uncorked. Byrne was invited to be a guest for the all-star season at Hell’s Kitchen, where he watched the taping for the show as well as tried the food prepared.

“It was really cool being there,” he said. “I got to see the control room and was filmed trying the food.”

At the end of Byrne’s trip, he then was told that there would be a new Hell’s Kitchen opening in Las Vegas in December 2017 and is invited to the grand opening.

“I think the past contestants are going to test me on my Hell’s Kitchen knowledge,” he said. “I’m very excited to see what the new restaurant looks like.”

As for Byrne’s own pursuits in the kitchen, his hidden talent of cooking is one he wishes to expand upon.

“Most people don’t know I cook,” he said. “But the people who eat my food tend to like it.”