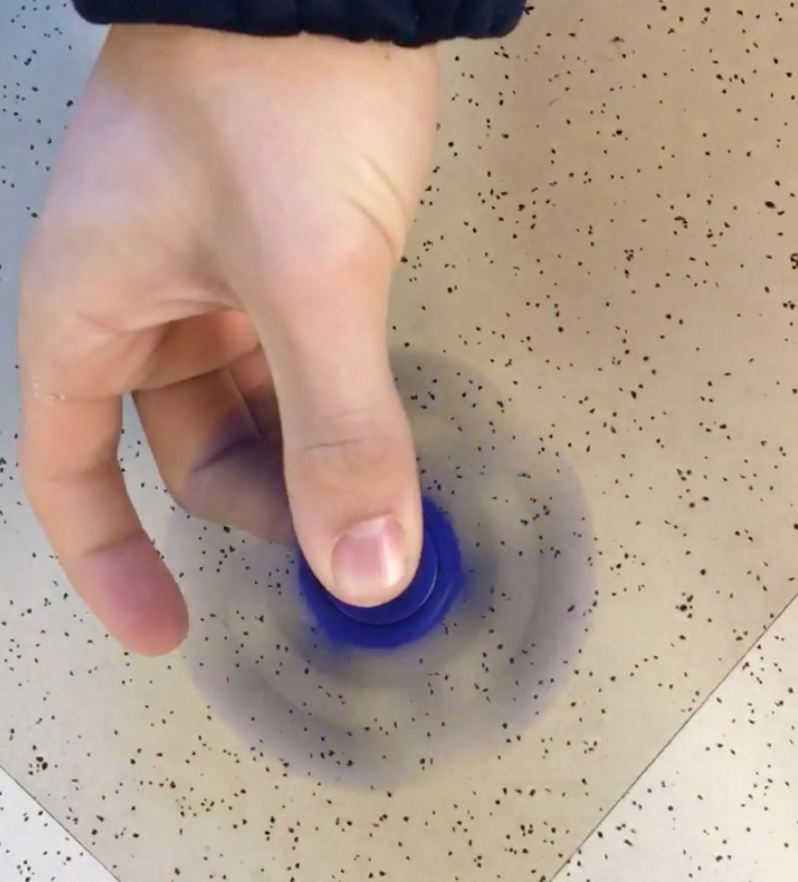 A fidget device, known as a ‘spinner’, has gained tremendous popularity with students throughout the Westport Public Schools. Students from elementary school to high school are purchasing and playing with them in school, and many credit them with being a stress-reduction tool and keeping them entertained and on task during the school day.

Jack Bautista ’18 and a few other friends quickly noticed the popularity of spinners and began their own business creating their own versions of the fidget device and selling them to their peers. “My friend was using a spinner from someone who bought one off of Amazon and was like ‘I could totally make one of these’ so then he made a few prototypes and we started selling them around Staples.” Bautista said that he and his friends were quickly successful because “most people are very easily impressed and spinners are just so entertaining.”

This popularity isn’t completely new. At the end of last year Forbes Magazine predicted that “fidget spinners are the must-have toy for 2017.” Rohan Goswami ’18, who was a part of Bautista’s former business, thinks that this is because “there’s a demand for high quality local products and that [their former company] offered some serious remedies for an existing and underserved market.” With regard to why they are so in demand, Goswami and Bautista both claim it’s due to students’ inability to pay attention in class.

Jamie Lamb ’18 purchased his spinner for a few dollars off Amazon, and claims that he uses it for mere entertainment. “It was definitely worth the small amount of money I had to pay for it. It’s a lot of fun. People keep coming up to me asking to play with it.” While its description on Amazon claims it is a tool for those “suffering from ADD, ADHD, Anxiety, and Autism” to relieve their urges and occupy their minds, Lamb believes it’s something that anyone can enjoy.

In fact, spinners have made their mark on the middle schools as well. Emily Epstein, a seventh grader at Coleytown Middle School, owns a spinner and said that she likes them “because they help you focus and concentrate on your work.” Likewise at Bedford Middle School, Principal Adam Rosen said that “a number of students are applying their creativity, ingenuity and rendering skills to 3D print spinner chassis and purchase the bearings online to create their own customized spinners.”

However, Rosen has noted a few issues with the trend, including students selling the devices on school grounds. “In accordance with district policy, students are not permitted to conduct personal commerce during the school day.” Additionally he reports that “numerous spinners are being used and passed around during instructional time. In these cases, teaching teams have worked with students to limit the use of spinners to outside of instructional time.” Besides these minor issues which haven’t merited any disciplinary action, Rosen said that overall he finds the students’ creative utilization of the fidget spinners to be “laudable”.

While fidget spinners are currently being loved and enjoyed by students of all ages, time will tell whether they will be utilized as a long-term solution to attention issues or whether it’s merely a trend.