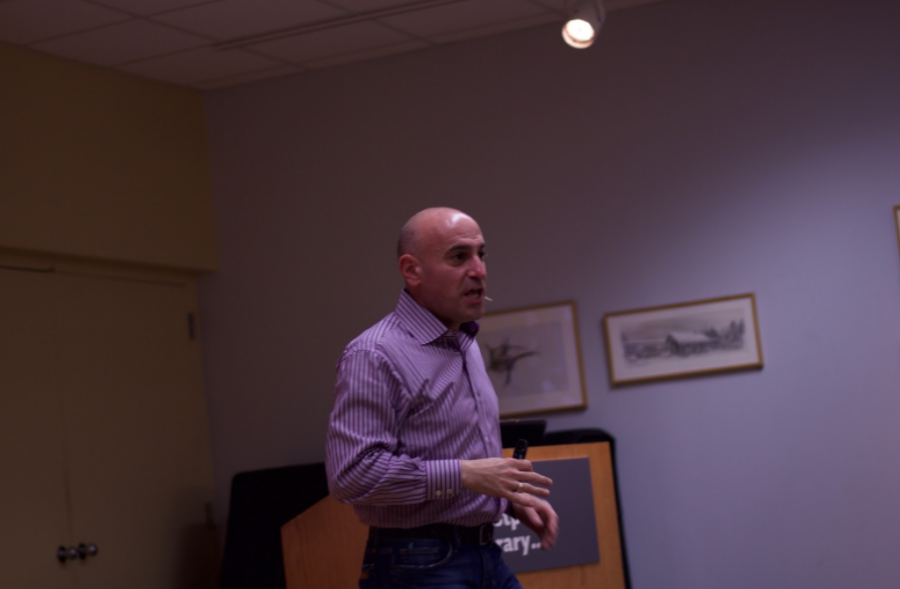 In November, the Westport Public Library and Smart Kids with Learning Disabilities, a national advocacy group founded in Westport, sponsored a talk by Robert Tudisco “Understanding ADHD: A View from the Inside Out.” Tudisco, a private practice lawyer and motivational speaker, was diagnosed with ADHD as an adult. “Is it okay if I move around? I think more clearly when I walk or run,” he began. “I only typically take in one in four words that someone says.”

While Tudisco’s demeanor was upbeat in front of a packed audience, the statistics he cited were sobering. Most students with ADHD are bright and have high potentials, but statistically they are twice as likely to drop out of high school and three times more likely to be suspended. In college, they are seven times less likely to graduate in four years. Drivers with ADHD are also 50 percent more likely to be involved in a serious car accident, based on a study of 17,000 Swedish adults ages 18 to 46 published in JAMA Psychiatry.

In a typical Staples High class of 20 to 25 students, two of them likely have attention deficit hyperactivity disorder (ADHD). According to the CDC, 11 percent of American students ages 4 to 17 have ADHD and the numbers are growing.

ADHD is a brain disorder affecting the prefrontal cortex – the center of executive function. Brain scans and other imaging studies show lower levels of brain metabolism in certain areas for those with ADHD. Levels of the neurotransmitter dopamine also tend to be lower, making sustained attention, prioritization, and time management difficult. The National Institute of Mental Health states that students with ADHD are also more likely than non-ADHD students to have other learning disabilities (like dyslexia) and/or mental health issues such as anxiety or depression.

What can be done to help ADHD students reach their full potential? Tudisco advocated a “multi-modal” approach. This can include medication to help a student’s focus, behavioral support and apps for staying on track (think Schoology, Pomodoro, Google Calendar), neuropsychological therapy, daily physical exercise, and direct educational support (e.g., meeting with teachers one-on- one and private tutors.) Tudisco also highlighted the success of in-school IEP and 504 plans, which grant students with varying degrees of impairment extra time on tests, long-term projects, and many other means of assistance.

According to Staples High guidance counselor PJ Washenko, these plans help “level the playing field” for students with a confirmed ADHD diagnosis.

“It’s extremely helpful to have extra time on tests that involve complicated reading and multi-step math problems, like AP and math/science courses,” noted one Staples senior. “I often reread questions and write out the steps to difficult math problems so I don’t lose my train of thought.”