More than a Play: Staples Players Prepares to put on “The Laramie Project: 10 Years Later” 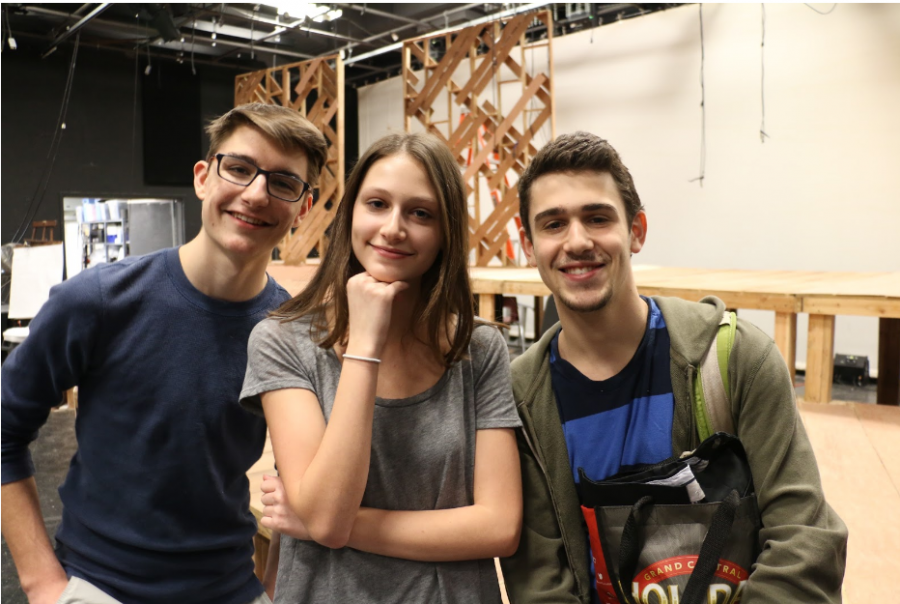 When Andy Paris set out to write “The Laramie Project: 10 Years Later,” he expected a 10 minute epilogue to tack alongside his original play. What he got, was so much more.

That’s what Paris explained to the cast and crew of the Staples Players production of “The Laramie Project: 10 Years Later,” when he came to talk to the class on April 28. Before a two hour acting workshop emphasizing “acting in moments”, Paris conducted a Q&A on the writing and interviewing process.

“The Laramie Project” is a play made up of a collection of interviews conducted by the Tectonic Theatre company. The play follows the community of Laramie, Wyoming, as the town is shaken by the murder of Matthew Shepard, found to be a hate crime because Shepard was gay.

“The Laramie Project: 10 Years Later” is the sequel, in which the Tectonic Theatre company returns to see how the town has changed since the incident. Paris recalls conducting over 400 hours of interviews the second time around.
“I wish we could have every interview in every play, but we would still be here watching it- it would be ‘The Laramie Life’” Paris joked. But when it ultimately came down to piecing together a two hour play, Paris remarked that the group agreed they “needed moments that encapsulate why it was important.”

He smiled faintly while remembering the writing process, pausing to push up the sleeves of his faded blue flannel shirt. Tilting his head slightly, Paris began again, “In every play- or in every play that is written well- hopefully,” he said thoughtfully, a smile teasing his lips, “everything is important.”

It was this theme that carried over when working with the cast in the acting workshop that followed.
“I learned from this experience how to live and act in the moment,” Zoe Samuels ’17, a cast member said. “You’re not pretending to be someone, but you are that person,” Samuels explained, gesturing brightly.

Another cast member, Remy Laifer ‘17 contrasted the dramatic reality of this production with the other larger scale productions Players have put on. “We did ‘Fiddler on the Roof’ earlier this year, but [‘The Laramie Project: 10 Years Later’] is different in the way that it’s a straight play. It’s more real.”
Paris explained that despite the fact that the show wasn’t received well when it premiered in New York, it has still had a dramatic impact. “What really happened,” he said, looking out at the eager faces of 20 aspiring actors, “was people like you.”

“Community theatres and high schools picked it up, that’s how we got the message out,” Paris noted that a play about a community was taken better when performed for communities.
He emphasized that “The Laramie Project” is not about a hate crime. It’s not about Matthew Shepard. It’s about the community of Laramie.