The faces voices forgotten on the radio 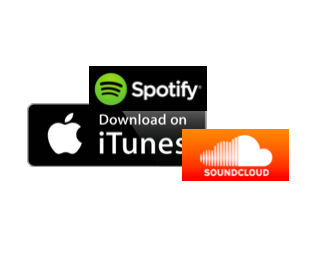 Famous pop artists like Taylor Swift, Drake, and Sam Smith have been dominating the radio with their hit songs for the past year. These artists however can be just as good as singers who have songs on Spotify, iTunes, and Soundcloud but just don’t get the “radio recognition.” Here are four popular songs that haven’t made their way to the radio yet.

“Come on Over” by James Hersey”

The unexpected but yet controlled beat drop enables this cheerful tune to be played anywhere from hosting a barbeque with your family to having a jam out session with your friends. Hersey captures the passion he shares for a woman through his intimate, however subtle lyrics. This song has racked up over 10 million plays on SoundCloud and over 4.6 million on Spotify. Go check it out before it finds its way to the radio.

This calming song is great for self realization. Joy is able to capture the self defeat he has to go through before realizing he was just being pulled “back into the flames”. The beat and the lyrics go hand in hand, creating a dark ambiance for the listener when he continuously is being pulled in, and a peaceful one when he realizes it isn’t right.

Hell artfully combines both folk and pop music together to create this upbeat, one of a kind song. The beat switches between banjo solos and techno music, something I’m sure you’ve never heard before. The unique tune is guaranteed to liven up any party that seems to be “falling asleep.”

The first 15 seconds of this song combines rock and classical into one backdrop. Polar opposite genres, but somehow Halsey makes it work. As the lyrics begin, the violins start to fade out as the rock backdrop becomes significantly louder.  The lyrics itself are about someone repeatedly trying to defeat the narrator. Halsey sings an aggressive tone to complement this rock backdrop. If you like rock music, this song will for sure catch your attention.