Buzkin breaks boundaries in the kitchen 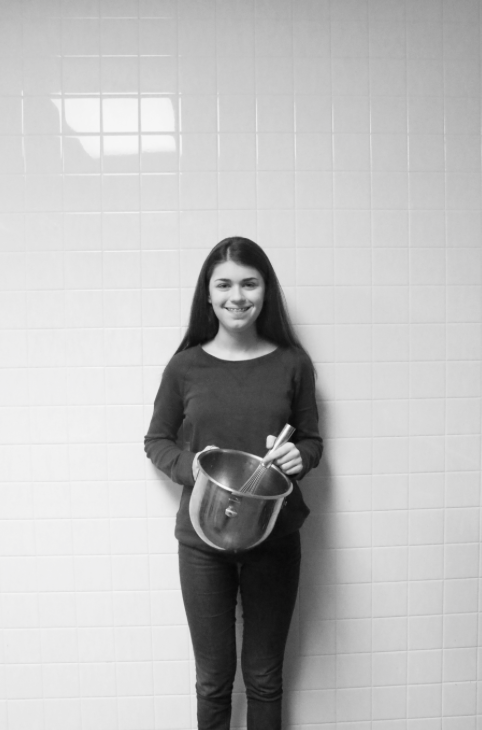 Being on TV is pretty cool. Knowing hundreds of people from hundreds of homes from hundreds of miles away are watching you is astonishing. However, being only 14 and one of the 16 teenagers selected to compete for a culinary scholarship on the Food Network’s “Chopped Teen Tournament” show on TV is even cooler.

Hannah Bukzin ’17 had that exact experience this summer. “It’s indescribable, the feeling when you find out you beat tens of thousands of kids, and you’re going to be on ‘Chopped,’” Bukzin said.

Bukzin certainly ended up being recognized.

The night after “Chopped” aired, Bukzin and her friends went out to celebrate, and a mom and her kids recognized Bukzin at the restaurant exclaiming that they had seen her on TV the night before. “The little kids were star struck,” Elizabeth Gikas ’14 said.

Bukzin’s friends got a taste of her stardom when Food Network came to film a bio of her in Westport for the show. “I’m really glad that I could be a part of it because it’s something I might never be able to do again,” Krulewitch said.

While Bukzin’s friends are extremely supportive of her cooking career, they have yet to taste the fruits of her labor. Even though Bukzin has cooked for professional judges on “Chopped,” the real critics Bukzin fears are the friendliest. “My friends are always asking me to cook for them, but I feel a little self-conscious,” Bukzin said.

All the credit, good or bad, is hers because she is a fully self taught cook. “I love experimenting with different flavors and ingredients, so I never really make the same thing twice,” Bukzin said.

This creativity drew her to cooking instead of baking. She explained that baking is a science that requires strict recipes, while a mistake in cooking can mean a new creation.

In addition to “Chopped,” Bukzin interned with Marcia Selden Catering after winning a different Chopped style  competition against two adults. “It wasn’t even an internship. I was a chef there and learned more than I could have ever imagined,” Bukzin raved.

While Bukzin loves cooking as a hobby, it isn’t her dream career. “Probably one of the reasons I didn’t win the show, besides the other contestants’ obvious talent, is because I want to be a neurosurgeon, and that’s always been the big goal,” Bukzin said.

Nonetheless, “Chopped” was an unforgettable experience for Bukzin. “Not every high schooler gets to be on national TV,” Bukzin said. “It makes me appreciate that I’ve been able to do these things that many people will never be able to do.”