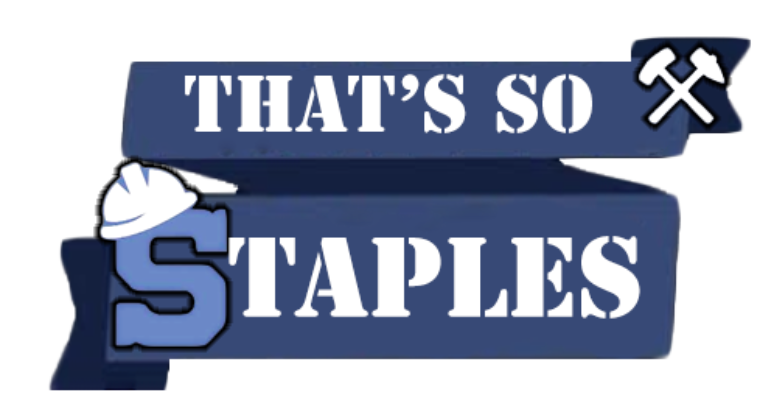 The definition of a Superfan according to the Collins English Dictionary is a very extremely devoted fan, but there is so much more to the spirit at Staples.

Staples Superfans scream until it’s no longer humanly possible, are decked out in blue and white until they’re beyond recognition and cheer on each and every fan no matter the sport, weather or season.

As Anna Daytz ’16 put it, to be a true Staples fan one must, “support Staples in it’s various extracurricular activities.” That’s exactly what it is: to be the biggest fans of every part of Staples.

The fans of Staples can be found storming a volleyball court, jumping up and down at a football game or even cheering on the cheerleaders. No matter when or where, the Wrecker pride and love for their school shines through.

Kaela O’Kelly ’15 believes “when everyone gets hyped about the same thing, our school can create the best atmosphere.”

Through thick and thin staples students are spirited and there for eachother, even through heavy snow, as seen at the infamous Homecoming game of 2010. The stands remained full with students screaming their heads off for the boys in blue until the end of the game.

Isabel Gasway ’13 was amongst the crowd five years ago and remembers that game as a memorable one.

“It was really cool that everyone stayed to cheer on the team even if we were all freezing,” Gasway said. “School spirit like that makes Staples really special.”

Even without hazardous weather conditions, many students revel in the feeling of standing in the sea of blue and white, jumping up and down cheering on their classmates.

Clemmy Fowle ’16 is one of these students. She has attended the football games since her freshmen year and loves the rush of supporting her own school.

“It’s a really great feeling for the whole school to come together,” Fowle said. “There’s no feeling like it.”

Looking back to 30 years ago, Wrecker pride hasn’t changed one bit.

Stacy was a varsity soccer player but continues to be a Wrecker through and through.

“I don’t remember there being nearly as much school spirit as there is now,” Fowle said. “But we were proud to be from Staples.”

Haley Burns ’16 knows spirit first hand as a varsity cheerleader.  During spirit week the rest of the school feels the intense spirit of Staples’ that she feels on a regular basis.

“It’s the most spirited week of the year,” Burns said, “Because I mean you don’t see people dressing in crazy outfits the week before or after.”

Yet, at the core of all the spirit, what truly makes Staples spirit stand apart, as Burns puts it is that, “We’re proud to come from Staples.”